Ambiq Micro’s subthreshold power-optimized technology (SPOT) trims transistor power consumption to the bare minimum, allowing for extremely low power systems. The company employs TurboSPOT in its Apollo family of microcontrollers, the latest incarnation of which is the Arm Cortex-M4-based Apollo4, which runs up to 192 MHz while using 3 µW/MHz (Fig. 1). That’s half what the prior version uses and 10X lower than the industry average. The chip is built by TSMC using its 22-nm ULL (ultra-low leakage) process.

1. The Apollo4 incorporates 2 MB of MRAM, a Bluetooth radio, and an ultra-low-power Arm Cortex-M4 that uses Ambiq’s SPOT transistor technology.

Though SPOT isn’t used everywhere, it’s applied throughout the system where power consumption is critical and optimization provides significant power reductions. Some interfaces, such as USB, don’t need this level of optimization since power will be provided by the interface when in use.

In addition, the MCU has 1.8 MB of SRAM that’s implemented in a number of ways, including tightly coupled memory (TCM) and extended memory for the processor, as well as 1 MB of SRAM available to the entire system. External eMMC and SPI memory also is supported.

The hardened security of the Apollo4 was improved, too. It supports secure boot and secure key storage.

The chip includes a 2D/2.5D graphics accelerator for display applications up to 640 × 480 pixels. The graphics support includes full alpha blending plus texture and frame buffer compression. The accelerator can drive up to two lanes of MIPI DSI 1.2 at 500 Mb/s/lane.

The new family includes a conventional and Apollo Blue Bluetooth version. The Apollo4 Blue incorporates a Bluetooth Low Energy 5 radio. It supports transfer rates up to 2 Mb/s in addition to direction-finding angle-of-arrival (AOA) and angle-of-departure (AOD) support with always-on operation. BLE support will arrive in the future along with a Bluetooth 5.2 stack. 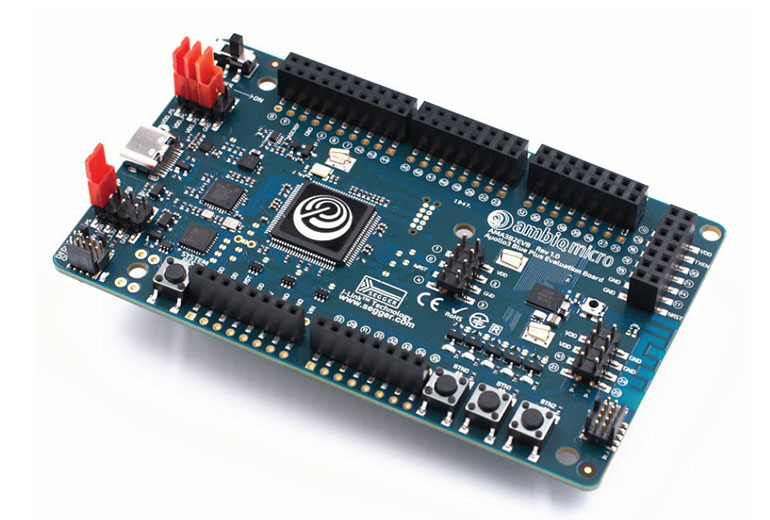