What more can we say about 5G that hasn’t already been said? If you’ve followed this hype-loaded saga, you probably already know what’s going on. But as a casual observer, you may not be aware of the latest activities. Here’s a quickie update.

We’ve been hearing about 5G New Radio or 5G NR for years now. The Third Generation Partnership Project (3GPP) started working on this standard even before the LTE standard was complete. LTE, or 4G as some want to call it, turned out to be an exceptional wireless technology that most everyone is happy with. However, the industry and the standards people seemed hell-bent to work on 5G. And now that we’re nearing the end of the 5G development, we’re finally beginning to see real 5G action.

The stated goals of the 3GPP for 5G are:

Those are tough goals, but most are being achieved. Latency is still an issue with best current levels in the 10- to 30-ms range. Much work must be done as advanced driver-assistance systems (ADAS), self-driving cars, and some factory applications will depend on it.

The electronic and telecom industries are thrilled to have 5G come online, as their bottom lines should be enriched. Yes, some 5G systems are now working at selected cities around the U.S. and Europe. In the U.S., check the websites of AT&T and Verizon for coverage; they are currently the main carriers. Many industry observers and potential customers feel that the rollout is too slow. And it has been. Not only because it’s an incredibly complex technology, but also for business and political reasons. Here’s a summary of its current status.

The Battle for 5G Supremacy

Apparently, we’re in a knock-down, drag-out war with China as to who will get full 5G service first and who will control the technology, the equipment, and to some extent, the markets. Last year, the FCC and others surmised that the U.S. was leading. This year, most seem to think that China is winning.

China is much bigger than the U.S. population-wise with about 1.4 billion people. And the government funds the 5G effort. As a result, it’s believed that they have already deployed more 5G cells than in the U.S. Plus, the Chinese carriers don’t have to bid on and pay for spectrum as carriers do in the U.S.

Another big reason why China is ahead is the Chinese company Huawei. Huawei is the world’s largest supplier of telecom gear and third in smartphone sales behind Samsung and Apple. The U.S. no longer has a home-based company making cell-site and other equipment. Instead, U.S.  carriers rely on Ericsson of Sweden and Nokia of Finland for their cell sites.

The U.S. government claims that Huawei makes its telecom equipment such that they can spy for China. Our government thinks that their equipment has clever features that could be called up remotely to eavesdrop, steal information, and perhaps even to shut down service at any time. I’ve never seen or heard of any firm evidence of this, but the government is paranoid about it and has basically forbidden U.S. telecom companies from buying Huawei equipment for their 5G systems.

In addition, the government has tried to discourage the telecom companies in Europe and other locations not to buy Huawei gear. That has fallen on deaf ears—a number of European companies have already bought Huawei equipment because its cost is so significantly lower than what Ericsson and Nokia charge.

The latest plan is that the Commerce Department has issued a demand that forbids U.S. semiconductor companies from selling critical chips to Huawei. Because of Huawei’s size and market penetration worldwide, they buy a boatload of ICs from U.S. companies who hate to lose those sales. The government may allow sales of some common ICs, but not the real innovative high-tech stuff. For now, most researchers seem to think that as of now, China leads the U.S. in 5G. Are we doing anything about it, or does it really matter?

What’s Holding the U.S. Back?

There are a couple of reasons for the slow progress toward a nationwide 5G network. First, as most of you know, there are still some spectrum shortages. 5G takes a great deal of bandwidth to fully achieve the peak goals stated for it. Channel widths typically run 20 MHz, but they can be 40, 80, or even 160 MHz when using the advanced orthogonal frequency-division multiplexing (OFDM) modulation modes. That kind of bandwidth just doesn’t exist for some carriers.

The FCC is working on the problem by trying to acquire unused or vacant spectrum from current holders of suitable spectrum. Once they get it, the FCC wants to auction it off to the highest bidder. The auctions that implement those sales are time-consuming to set up and conduct. Some take years to complete. And the telecom companies are saddled with enormous costs (billions), which are just passed along to the subscribers. Some advocate eliminating the auctions and creating a new fast-track way to get spectrum assigned more quickly.

If that’s not enough, some private investors, government agencies, and large corporations are holding spectrum they’re not using—and they refuse to give it up. An example is the fate of the best spectrum block located near the frequencies used by GPS (1.57542 GHz and 1.2276 GHz). The claim is that any nearby cell service will interfere with GPS navigation. While tests have been made to ensure this isn’t a bother, the controllers of that spectrum have won the battle. 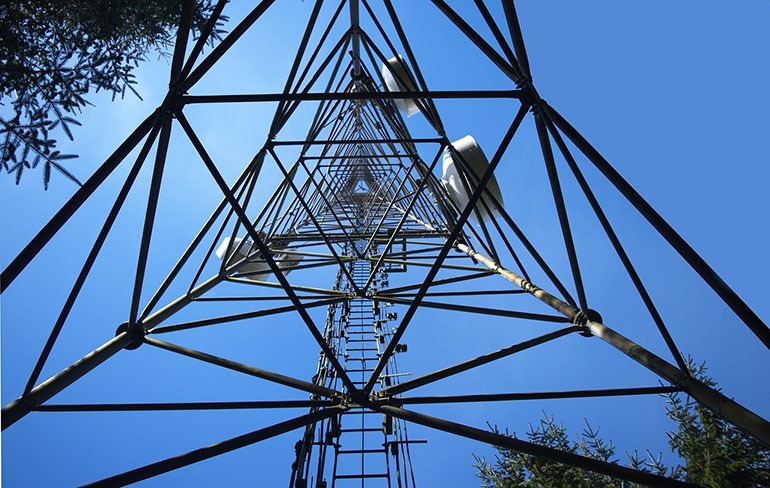 One other unexpected problem is that there’s a shortage of good locations to attach the small cells that will be the heart of the 5G system. Many such cells will be needed when the millimeter-wave (mmWave) bands finally open up. Initially, most U.S. 5G systems will operate below 6 GHz. Some local governments are refusing to permit the carriers to attach small cells to some buildings, light poles, and other city-owned infrastructure that could be used. In other cases, lease costs are high and local government delays have hampered rollouts in some parts of the country.

Of course, there’s also the high cost of building a whole new wireless network. The telecom companies will spend billions since all new equipment is needed—and more of it—to provide adequate coverage of an area. And that gear is more complex and expensive than today’s cell sites. No doubt some carriers are holding off on that investment.

I give the FCC credit for actually doing something about the spectrum issue. Some of those actions should have been taken earlier, but here we are. And the good news is that some new developments are on the spectrum front:

T-Mobile has been wanting to buy Sprint for years. It’s been turned down twice before as the Justice Department felt that it would reduce the competition and increase the costs to subscribers. That’s never been proven, but the threat is there. Last year, the third and fourth largest cellular companies by number of subscribers tried again. This time a coalition of states again warned that a monopoly with all of its negative outcomes would occur if such a merger was made.

In February, a judge finally approved the $26.5 billion merger, and finalization of the merger was announced on April 1. The combined company will be in third place behind the leaders Verizon and AT&T. However, it will come closer in size to AT&T and Verizon and should be a formidable competitor. I suspect that if the merger hadn’t been approved, Sprint may have eventually gone broke and out of business, leaving a much smaller T-Mobile to compete with the top guns. The new combined company, named T-Mobile, can now go ahead with their plans for 5G systems.

One more thing. These merger deals, especially those that have to go through the courts, usually involve other activities and tradeoffs that aren’t too evident. Both T-Mobile and Sprint had to give up some assets (like some spectrum) to clinch the merger. Along with those concessions, “the powers that be” have encouraged (demanded?) Dish Network to launch a cellular/5G business. With their massive unused spectrum holdings, they could become the new fourth largest cellular provider.

One hot industry sector right now is the tower business. Companies that rent space on their towers to the wireless carriers are doing well and business is expected to grow significantly due to the space needed for all of the new 5G antennas. 5G antennas for MIMO, agile beamforming antennas, and phased arrays are bigger and need a specific height. Watch companies like American Tower, Crown Castle, and SBA Communications to see how they perform in the coming years.

So Where Are We Now?

The general consensus is that the rollout will slow down for a while. Some component and equipment makers are actually predicting lower sales for this year as a result. However, progress will be made. The 3GPP standards will work toward a conclusion. We should see Release 16 (MIMO and mmWave enhancements) later this year and Release 17 sometime in 2021 (above 52-GHz mmWave modifications plus M2M enhancements). I bet the 3GPP is already looking forward to starting on 6G. No doubt artificial intelligence and machine learning will be involved.

During the year we should also see more 5G smartphone vendors. To date there’s been a shortage of vendors and 5G phones. But that’s changing. Samsung, the smartphone leader, announced its new Galaxy S20 5G phones. There are three models with ever-better AMOLED screens of different sizes and improved cameras. All work on a mixed bag of frequencies, all below 6 GHz. Millimeter-wave phones will come later. S20 phone pricing is $1,000 for the low-end model and $1,400 for the top of the line. Maybe paying that premium price for mainly a better camera is okay for some, but others will expect something better.

Samsung also introduced its new 5G flip phone. Called the Galaxy Z-Flip, it has a split screen that flips open like the popular flip phones of the late 1990s and early 2000s. Remember Motorola’s massively popular Razr? The rumor is that they will soon produce a 5G version. People seem to love this format even though it’s more likely to fail than a standard no-flip smartphone. Price for the Z-Flip is $1,380.

Huawei also announced a folding phone. Called the Mate-X, it comes in several sizes and has a Leica-brand lens in the camera. The top of the line model will sell for $2704. Like the other smartphone vendors, Huawei is hoping the new models will help boost declining smartphone sales.

I’m still wondering if the extra speed and lower latency offered by 5G are really needed. Most people I talk to don’t have any applications on their smartphones that need such speed. Plain-old LTE is good enough for most, including me, for now. But I’m keeping an open mind about 5G. And I’m starting to save up.