Zinc-based batteries are usually associated with the cheap but short-lived, leaky, flashlight-killing carbon-zinc primary cells. However, a new nickel-zinc-based (NiZn) battery chemistry may offer a greener, more cost-effective, solution for indoor and outdoor UPS systems, forklifts, and other specialty vehicle applications. According to ZincFive , its NiZn chemistry is similar to those used in earlier nickel-metal-hydride (NiMH) batteries, but it offers several important advantages: 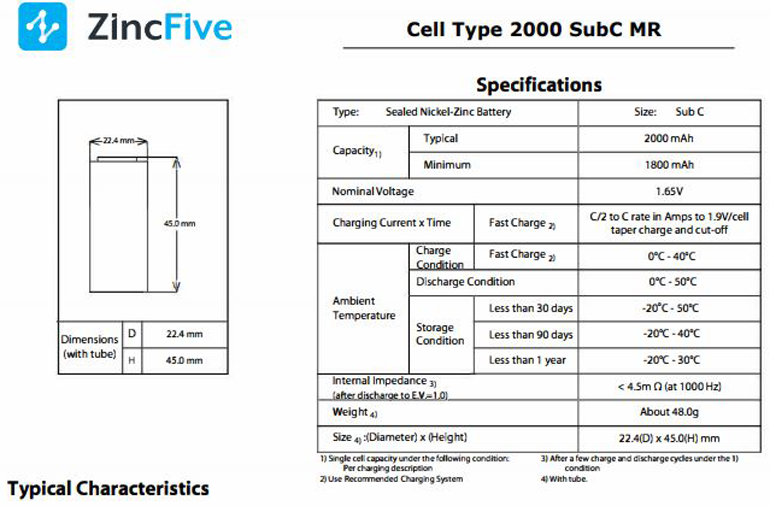 The company says that these and other advantages give NiZn batteries a cost per watt-hour that beats the lead-acid storage systems still lurking in the back rooms of many server farms, cell nodes, and other critical infrastructure. Just a small caveat: I suspect that they’re defining “cost competitive” in terms of total cost of ownership (TCO). So, while the cells may cost a bit more than lead-acid, their longer life, negligible maintenance, and low disposal costs make them the cell of choice for your data center (or power wall?).

Conclusion: Insufficient data at this time. I want to know about the number of discharge cycles these batteries can sustain, their suitability for Powerwall-type applications, where the battery materials come from, how they’re processed, and more about their environmental footprint. Hopefully I’ll be able to share the answers with you after I brief with ZincFive toward the end of the month. Between now and then, you can click here to visit ZincFive’s information page. 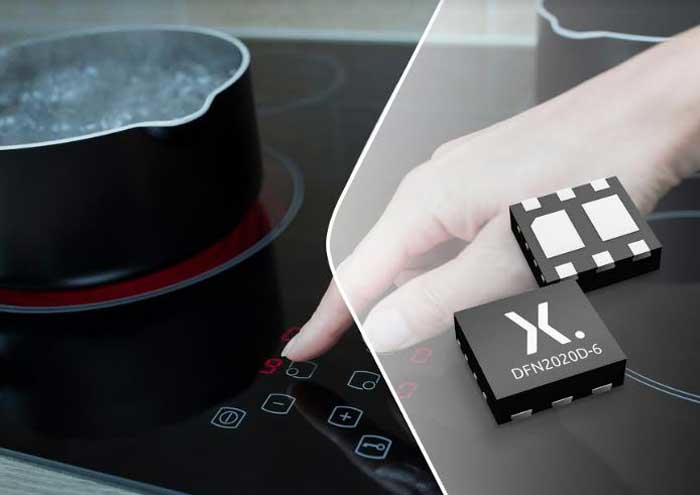 Nexperia announced a new series of LED drivers in the space-saving DFN2020D-6 (SOT1118D) package that features side-wettable flanks (SWF), thus facilitating the use of AOI (automated optical inspection). This packaging option is an industry first, according to the manufacturer. It offers equivalent performance to an SOT223 package while reducing PCB space requirements by up to 90%.

With a footprint of just 2 × 2 mm and a low profile of 0.65 mm, the new DFN2020D-6 LED drivers are available with either NPN or PNP output stages. They can deliver an output current of up to 250 mA (NCR32x types) and have a maximum supply voltage of 75 V. Their thermal dissipation capability is equal to, or better than, any other package for LED drivers in commercial use.

In addition to enabling automated inspection, the package’s side-wettable flanks also improve reliability. Studies have shown that devices with side-wettable flanks exhibit a greater resistance to shear forces, and can handle greater board flexing without cracking than similar devices in other types of packaging. 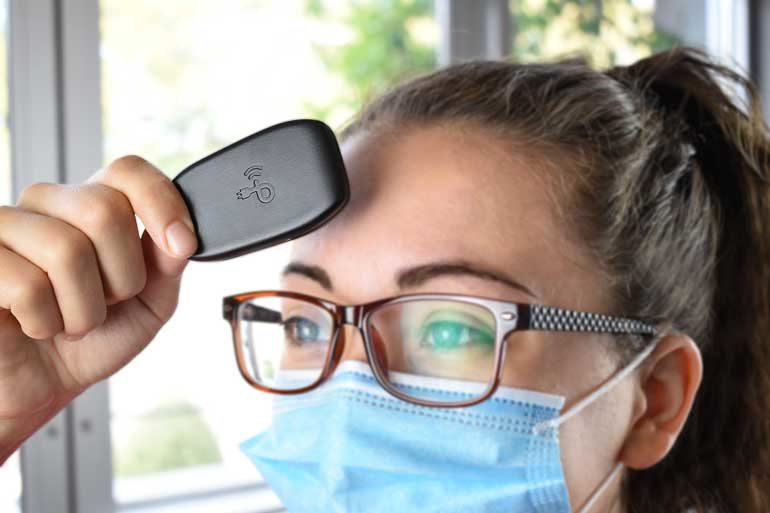 Thanks to wireless power delivery, a new RFID temperature scanning system is helping businesses monitor their employees’ temperatures with a minimum of intrusion or disruption to their daily routines. The system, developed by Powercast, consists of a wirelessly powered temperature-scanning fob for each employee, an RFID reader, and a computer monitor. The fobs can easily be personalized for each employee and are small enough to fit onto a keychain.

Powercast’s power-harvesting technology enables the fob to quickly charge when held near an RFID reader at the entrance to the business. Once charged, employees can use the fob to measure their temperature, which is transmitted to a central monitoring system that grants access if the reading is within the healthy range.

As shown in the video below, Powercast has already put its temperature scanning system to work at its own corporate headquarters in Pittsburgh’s RIDC Park, where it took a total of 300 readings during the first 12 days of its operation:

Powering the system is Powercast’s tiny, embeddable Powerharvester receiver chip, which harvests RF automatically when it’s within range of an RF power source, and then converts it to direct current (dc). The chip is highly efficient at extracting usable power from even very small amounts of RF energy.

In addition to the Powercast receiver chip, each battery-free fob contains a temperature sensor, a Microchip PIC24F04KA201 microcontroller (MCU), and an RFID chip that identifies its owner. To use the fob device, an employee simply holds it in a designated power area equipped with an RFID reader antenna and a monitor. The fob the harvests the RF energy needed to power up the temperature sensor, take the reading, and transmit it to the RFID reader.

Powercast representatives say that the designer team chose Microchip’s PIC24F04KA201 MCU because of its minimal power consumption and powerful development tools, which made it possible to deliver a commercially available system in less than two months.

Additional information is available from Powercast at https://www.powercastco.com/products/temperature-scanner/. 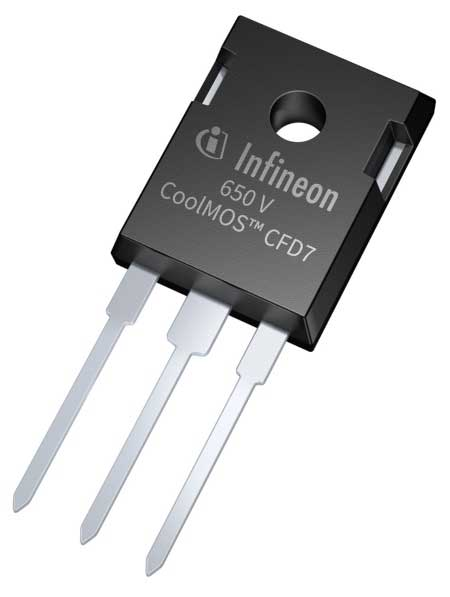 Like all products in the CFD7 family, the new 650-V devices are optimized for LLC and zero-voltage-switching phase-shift full-bridge topologies. This includes an integrated fast body diode, improved gate charge (Qg), very low reverse-recovery charge, and excellent thermal characteristics. The 650-V CoolMOS CFD7 in TO-220, TO-247, and TO-247 4-pin packages can be ordered now. More information is available at www.infineon.com/650V-CFD7. 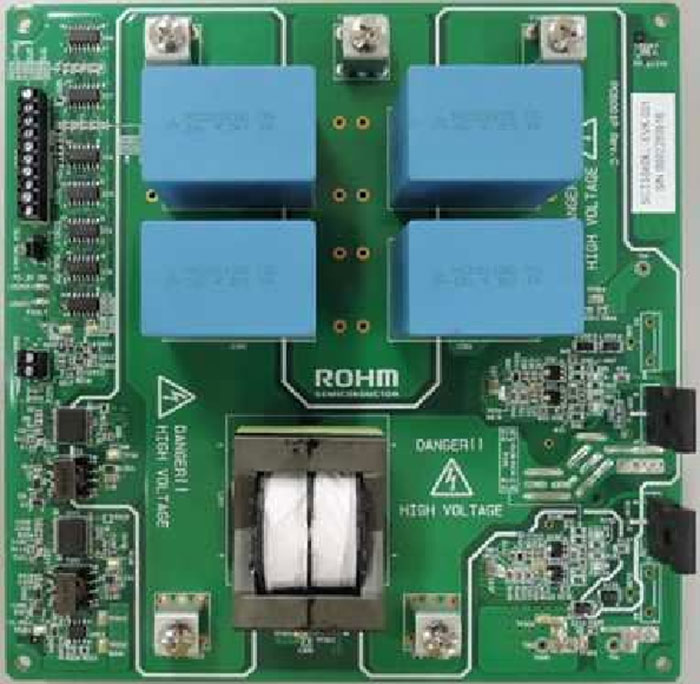 Designers can now perform pre-compliance testing on virtual prototypes of switched-mode power supply (SMPS) designs, thanks to an extension of the PathWave Advanced Design System (ADS) design and simulation workspace jointly developed by Keysight Technologies and ROHM Semiconductor. The companies say that the jointly created virtual prototype of ROHM’s SMPS reference design (model P01SCT2080KE-EVK-001) saves time and cost by catching errors early in the design before they become a big problem.

Pre-compliance analysis of a “virtual prototype,” also referred to as a “workspace,” is ideal for managing that challenge, but previously required specialized expertise to build and use the model that contains the necessary design information.

To address this, Keysight teamed with ROHM to create a virtual “twin” of ROHM’s reference design. A virtualized prototype accelerates the initial evaluation and compliance testing process, and when needed, can be easily reconfigured. Thus, designers can quickly evaluate multiple “what-if” design strategies in a matter of hours. In addition, Keysight’s simulation environment captures each voltage, current, and field at every spatial point in the 3D grid, at every time step in the test. It even captures data from points that are physically inaccessible in the real world, such as inside a semiconductor package. 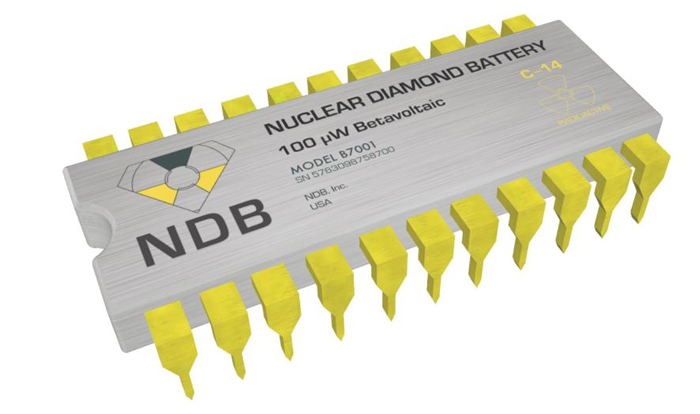 Can radioactive diamonds provide the power for self-charging batteries that last for decades, or are they the latest in a long line of pseudo-tech investment scams? (Credit: NDB)

Can radioactive diamonds be used as practical, long-lived power sources, or are they yet another “revolutionary energy” investor scam? That’s what the journalists at New Atlas are trying to find out in their ongoing coverage of the so-called the nuclear diamond battery technology.

At its simplest, the technology is supposed to compress the radioactive carbon moderator elements from defunct reactors into synthetic diamonds and encase them in a multi-layered shield that contains their Beta particle emissions and converts them into modest amounts of usable electrical power. It was originally developed by a team of English researchers at the University of Bristol, who subsequently formed Arkenlight  (still in stealth mode) to support its commercialization, and is now under aggressive commercialization by the California-based company NDB. 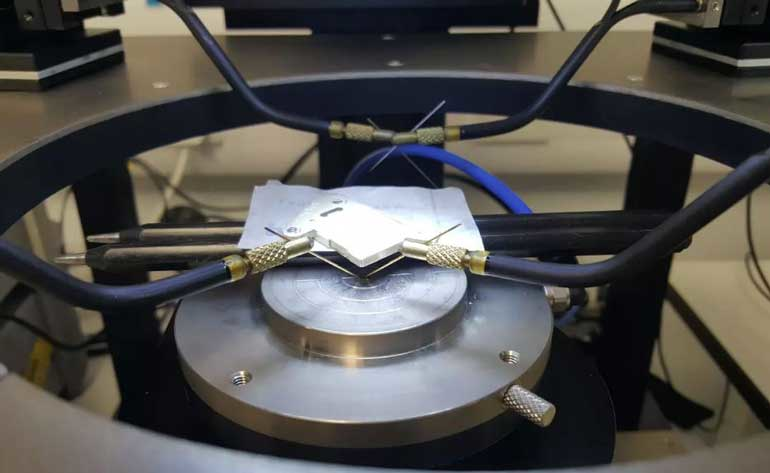 Arkenlight reports that its nuclear diamond battery is at the pre-production prototype stage. (Credit: Arkenlight)

New Atlas’s original story about NDB, published in August, created quite a bit of controversy on the web when NDB claimed, in a few years, it would be able to have a plug-free smartphone charger, and it would be possible to produce cells the same size as an iPhone battery that could “charge your battery from zero to full, five times an hour” for decades. Furthermore, there would eventually be plug-free electric car batteries that could provide power for the lifetime of the vehicle, or longer. Their detailed and lengthy follow-up story, published in late September, attempts to bring some clarity, balance, and scientific perspective to the issue.

While not conclusive, the story is a fascinating read. Even though some of NDB’s claims appear to be overstated, the basic theory behind the technology gives the appearance of being credible, and it doesn’t resort to science-flavored “alternative facts” frequently used by techno-fraudsters like Black Light Power to swindle investors out of millions of dollars. But I’m not a physicist (although I know a few), so I remain on the fence, forming no conclusions for the moment while continuing to follow both companies.

If you have any experience with the physics behind these batteries, or its application, I’d welcome your thoughts. You can write me at: bearberg(at)gmail(dot)com.