The organizers of the 2020 Applied Power Electronics Conference (APEC), scheduled to be held April 15-19 in New Orleans, cancelled the event in response to the COVID-19 outbreak. In their March 10 announcement, the organizers expressed their disappointment, but told would-be participants that “Planning is already underway to assemble and deploy a virtual conference experience in the near future,” and it would contain as much of the original event’s extensive program as possible. They also said that any peer-reviewed papers accepted by the conference will still be submitted to the IEEE Xplore, a no-charge online technical journal run by the IEEE.

The global power community mourns the loss of APEC 2020 and awaits its virtual resurrection in cyberspace, promised by its creators sometime later this year. (Credit: Arts Council New Orleans)

PowerBites Says: Nothing can replace the concentration of education, information, and market opportunities of an APEC conference, but the IEEE’s commitment to putting as much of the proceedings online as possible will help all of us in the power community get by until next year’s event. Electronic Design will also do its part in covering some of the most important developments that were scheduled to be announced at the conference.  Keep your browser pointed at https://www.electronicdesign.com/power-management for the latest. Dave Maliniak and Lee Goldberg also extend their regrets to all of the readers who had signed up for the reader meetup. We look forward to catching up with you at APEC next year or before then, as conditions permit, at another virus-free conference.

New SWIFT converter delivers up to 160 A of output current, and bolsters thermal performance for communications, enterprise, and industrial applications

Texas Instruments (TI) introduced the TPS546D24A, a 40-A PMBus buck converter that can be stacked in blocks of up to four devices deep. As a result, it can deliver up to 160 A of output current at an 85°C ambient temperature. The TPS546D24A has the highest efficiency of any 40-A dc-dc converter, allowing engineers to reduce power loss by 1.5 W in high-performance data center and enterprise computing, medical, wireless infrastructure, and wired networking applications.

The converter was created specifically to address high-density applications such as power supplies for modern field-programmable gate arrays (FPGAs) and the high-powered processor chips typically used in servers. It comes with a PMBus interface that offers a selectable internal compensation network. Thus, engineers can eliminate as many as six external compensation components from the board and shrink the overall power-supply solution size by more than 10% (or 130 mm2) when compared to discrete multiphase controllers. In addition, the TPS546D24A achieves a low thermal resistance of 8.1°C per watt and runs 13°C cooler than competing dc-dc converters, improving reliability in electronics that operate in hot, harsh environments, such as baseband units and automated test equipment. For additional information, visit www.ti.com/TPS546D24A-pr.

The FDA901 features low residual noise, a low distortion ratio, a flat frequency response achieved through feedback technology, and low EMI levels. It delivers high-purity audio performance by minimizing dropout of audio signals. The amplifier is equipped with a range of self-diagnostics and other advanced functions to measure real-time speaker current and impedance, factors prized in the next-generation car audio market for diagnostics and the ability to compensate for loudspeaker imperfections. The FDA901 is in volume production. Budgetary pricing is $9.10 for orders of 1,000 pieces. It will be available through distributors by April 2020.

The 1SP0351 SCALE-2 single-channel, +15/−10 V, plug-and-play gate driver from Power Integrations is developed specifically for use in the new 4500-V press-pack IGBT (PPI) modules being produced by manufacturers such as Toshiba, Westcode, and AB. Based on the company’s widely used SCALE-2 chipset, the new gate drivers meet the creepage and clearance requirements specified in IEC 61800-5-1, as well as the requirements for high-reliability applications such as HVDC VSC, STATCOM/FACTS, and medium-voltage drives.

Enevate, a startup specializing in silicon-dominant lithium-ion (Li-ion) battery technologies for electric vehicles (EVs), announced that it has applied its battery solutions to advanced power cells for the power-tool market and other portable high-power applications. Enevate expects that its technology can be used to increase the typical capacity of a standard 21700 cylindrical power cell from 4 to 5.9 Ah. In addition to high energy density, the advanced battery structure offers low temperature operation (−20°C), and sustained charge/discharge rates as high as 10C, enabling a fully drained battery to regain 75% of its capacity in five minutes.

“The Li-ion battery technology we’ve developed is especially well-suited for fast discharge and longer runtimes through increased energy density, enabling power-tool users more and longer productive work time between charges. We have developed cylindrical cell designs that use the fundamental nature of our inexpensive and scalable silicon-dominant battery chemistry” said Dr. Benjamin Park, Enevate Founder and Chief Technology Officer. He noted that opportunities to serve the power-tool market will happen sooner—in the next year or two—than the longer-lead EV battery market, in which Enevate is preparing its technology for the 2024-2025 EV model years.

PowerBites says: Enevate was very smart to try to use the portable equipment market to establish a beachhead in the market, validate and debug its technology, and generate some very welcome revenues to carry it over during the much longer gestational period of its automotive deals. While its silicon Li-ion battery technology seems extremely promising, it still needs to prove that it not only works in the lab, but can also be manufactured inexpensively and reliably in high-volume applications. Hopefully, we’ll see at least one major tool maker put these batteries to use in its products. If that happens, it may help Dr. Park keep his technology ahead of the stiff competition from a veritable horde of other upstart battery tech companies.

A new portfolio of 600-V CoolMOS superjunction MOSFETs from Infineon is intended for low-frequency switching applications, such as active-bridge rectification, inverters, and replacement of electromechanical relays to achieve higher power density and ruggedness. Key features of the product family include what it claims is industry-leading low RDS(on), as well as optimization for improved thermal resistance and high-pulse current capability. Applications for the devices include active bridge rectification, inverter stages, PLCs, power solid-state relays, and solid-state circuit breakers. Devices with 22-, 40-, and 65-mΩ RDS(on) are available now, with a 10-mΩ devices coming later this year. 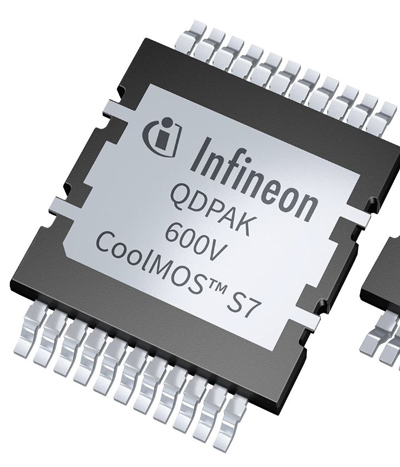 STMicroelectronics has signed an agreement to acquire a majority stake in French gallium-nitride (GaN) innovator Exagan. The announcement said that the Grenoble-based company’s expertise in epitaxy, product development, and applications will broaden and accelerate ST’s power GaN roadmap and business for high-frequency high-power automotive, industrial, and consumer applications. The agreement also stated that ST will support Exagan’s parallel efforts to develop and deploy products based on its own product roadmap.

“ST has built strong momentum in silicon carbide and is now expanding in another very promising compound material, gallium nitride, to drive adoption of the power products based on GaN by customers across the automotive, industrial, and consumer markets,” said Jean-Marc Chery, President and CEO of STMicroelectronics.

Using the same 802.15.4 PHY and MAC of the already energy-efficient Zigbee 3.0 protocol, Zigbee Green Power further reduces power consumption by decreasing the amount of data required for wireless transmission. Like all Series 2 products, the MG22 SoCs are supported by a suite of advanced security features. For more information, visit silabs.com/security.