The Evolution of Gas-Leak-Detection Sensors

Pellistor/catalytic (CAT) bead sensors and non-dispersive infrared (NDIR) sensors have been the primary gas-detection methods for many decades. After NDIR was introduced in the 1960s, the gas-detection industry experienced a prolonged era with little innovation, until recently.

Non-dispersive infrared sensors, or NDIR, were introduced in the 1960s and have been widely used for gas-leak detection since that time (Fig. 1). This technology works by using infrared light to detect different wavelengths absorbed by gases. These sensors consist of an infrared source, a detector, an optical filter, a gas cell, and signal-processing mechanisms. Infrared light is absorbed as a particular gas passes through an active filter, while infrared light that doesn’t interact with the target gas goes through a reference filter. The sensor determines the difference between these two transmitted light intensities to develop a gas concentration.

1. NDIR sensors, shown above and left, can detect single gases.

And while NDIR was the height of gas-detection technology 40 years ago—and for several decades after—this technology does have some notable limitations:

Despite their widespread use in detecting gas leaks for the last several decades, the limitations of NDIR sensors have left the market desiring more reliability, which new technologies have addressed. NDIR’s inability to detect hydrogen can lead to unsafe working environments and the sensitivity of the sensors make them ineffective in many environments.

Pellistor/catalytic bead sensors pre-date NDIR technology (Fig. 2): They have been used for gas-leak detection for nearly a century. Among the advantages of Pellistor/catalytic bead gas sensors are that they’re relatively inexpensive and sensitive to nearly all flammable gases. And they can detect hydrogen, methane, butane, propane, and carbon monoxide, as well as other gases. 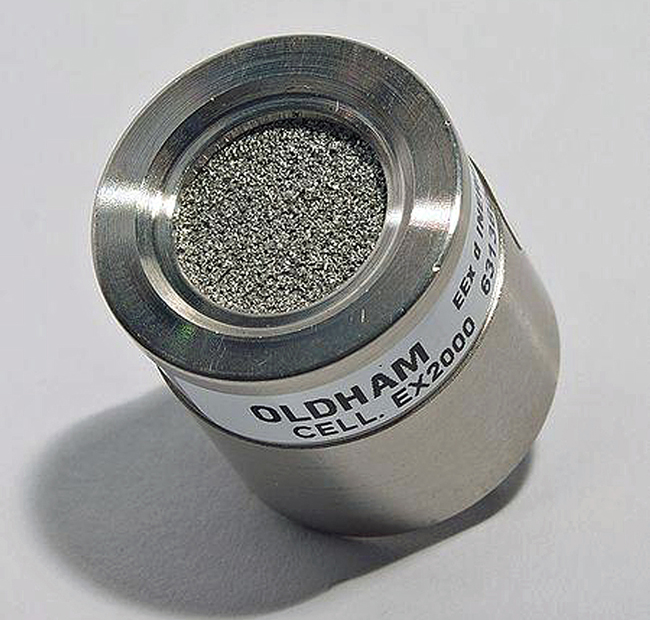 2. Pellistor sensors are inexpensive but require a lot of power to run.

These sensors contain two small beads, one of which is inert while the other is coated in a chemical catalyst. A heater within the sensor raises the temperature and measures the difference in temperature between the two beads. The presence of flammable gas causes the catalytic bead to heat more than the inert bead. The sensor provides a reading that corresponds to the concentration of the hazardous gases present in the vicinity.

While the pellistor/catalytic bead sensors offer users some advantages, their limitations can increase the risk that a hazardous gas leak has gone undetected.

The Molecular Property Spectrometer (MPS) combines the benefits of both the NDIR and pellistor gas sensors while also overcoming their major limitations (Fig. 3). This sensor uses a microelectromechanical-system (MEMS) transducer to measure changes in the thermal properties of the surrounding air and gases in the near vicinity. The output reading contains multiple indicators and environmental data to identify the types and concentrations of flammable, combustible, or hazardous gases nearby. 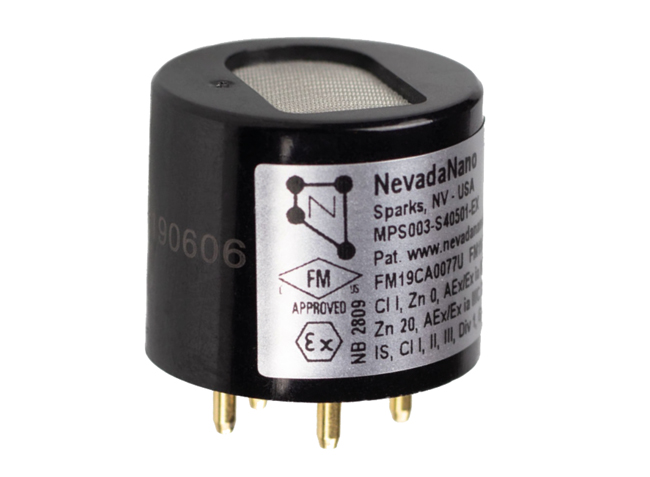 The benefits of using MPS sensors to detect gas leaks include:

MPS sensors represent a leap forward in gas-leak-detection technology. They overcome the challenges with detecting mixed gases and delivering accurate results for a prolonged lifespan that otherwise plague NDIR and pellistor/catalytic bead sensors.

During testing, MPS performed better than both the NDIR and pellistor gas sensors. Check out the video:

The results below were obtained in tests where all three sensors were calibrated to methane, then exposed to 50% LEL of methane, hydrogen, and butane (Fig. 4). 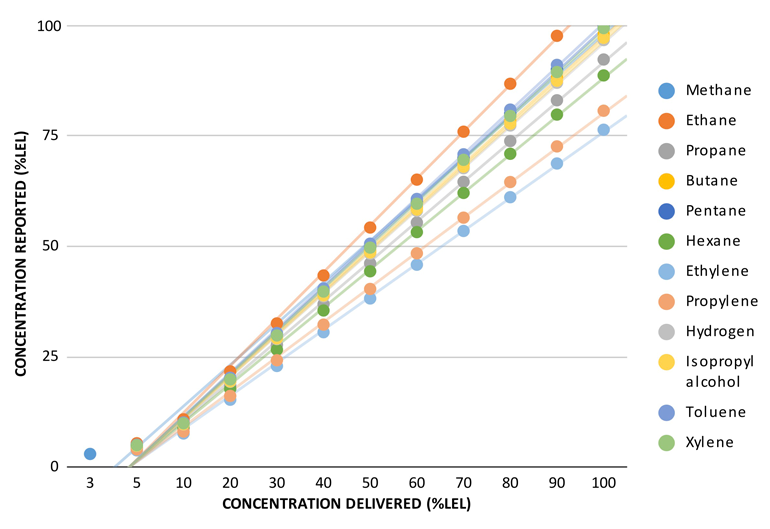 As demonstrated within this experiment, the MPS sensor outperforms both the NDIR sensor and the pellistor/catalytic bead sensor when detecting methane, butane, and hydrogen. It detects these gases quicker, provides more accurate identification of the gases, and displays a more accurate LEL reading.

MPS gas-leak-detection technologies represent the next generation of combustible gas detection and as previously shown, they outperform other gas-detection sensors.

With TrueLEL technology, MPS detectors can simultaneously detect up to 12 of the most common combustible gases—including hydrogen—with a single factory calibration. The accuracy of MPS sensors is enhanced by integrated compensations for temperature, pressure, and humidity. Gas-concentration reports remain accurate across a wide range of environmental conditions, from −40 to 75°C and 0 to 100% relative humidity. They even perform well across rapid changes in conditions.

Unlike pellistor sensors, MPS sensors don’t drift, decay, or poison. If the sensor becomes faulty or malfunctions, it will let users know immediately, reducing the risk of entering an undetected hazardous environment. The measurements are reliable and accurate, reducing costly false alarms.

Despite the major performance advantages, the MPS sensor remains an affordable option. And since it requires no maintenance over its lifetime and rarely needs recalibration, the total cost of ownership is much lower than the alternatives.

MPS gas-detection technology represents a tremendous leap forward in the capabilities of gas-detection sensors. MPS sensors overcome the limitations of both NDIR and pellistor sensors while offering a greater level of flexibility. They’re more accurate and reliable across nearly all environmental conditions, which is critically important when working with flammable and combustible gases. And they help create and maintain a safe workplace as well as save lives by alerting personnel to the presence of flammable or combustible gases in their environment.