Science and Journalism: Seeking Answers in the “White Spaces”

There is at least one singular trait that links the best scientists and journalists: Both put complex processes to work answering questions that are known and unknown.

But there is a big area where the two intersect, and there are many opportunities for journalists to work in the scientific sphere, as well as ways that scientists can benefit from the skills journalists bring: curiosity, resourcefulness, speed and clarity when it comes to communicating with the general public and other key audiences.

In this edited transcript, Audrey Sherman, a 3M Division Scientist in the medical field, and Rick Kupchella, a former journalist and CEO of the Informed Engagement Network, discuss the intersection of science and journalism.

A lot of scientists study technical writing, but they don’t commonly study storytelling writing. They build products for human use, of course, but they don’t generally spend much time speaking about them. And I think it’s really important—not just externally, but even internally to have that dialog.

In a big corporation, you have to be able to articulate your idea. You have to get champions. If you can’t articulate what “it” is, “it’s” not going to happen. And then you’re just going to rely on a slow trickle of your ideas moving forward. Maybe 30, 40 years ago, that was okay. But today it isn’t, because everything needs to go faster. Fast fail or fast win. It doesn’t matter—just faster.

Journalists are perfect to match up with in development of new scientific concepts, because they can help us quickly distill the value of the pursuit. And they come with this built-in mindset of a deadline, which isn’t always the top priority for scientists—and sometimes isn’t even possible given the nature of experimentation.

Kupchella: For scientists, the standards of proof are very, very high. But they can get bogged down in the pursuit of the purity of their science—way before the final draft. They have “process” down, but sometimes they have a challenge getting out of their own way, trying to be so perfect with the answers, so pure with the process out of the gate, that it takes longer to move from Point A to Point B. Though we’ve seen that science can move quickly, as it has in the development in the COVID-19 vaccine.

But even in normal times, companies want to move faster. One of your colleagues here at 3M declared the natural state of the journalist as five miles wide and two inches deep. At first, I thought, maybe he’s slamming the journalists. But he’s making the point that these are actually very complimentary skills when paired with scientists, who often spend a wealth of time and resources to dive very deep in pursuit of answering very specific questions. 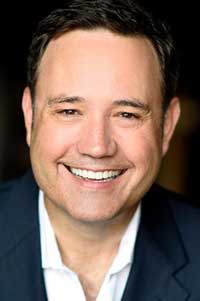 Sherman: Yes, scientists are often five miles deep and two inches wide. But we’d rather redirect the scientists before they hit the five-mile mark, because once they’re down that deep, it’s really hard to move over. We can’t redirect a five-mile-deep hole. Of course, there are exceptions to these generalizations, and some of them are the best versions of their profession: “serial inventors” who work in a variety of fields, investigative journalists who spend months on a single story.

Scientists can be very “plan, react.” But the time span between those two things is what can be very variable. What’s interesting about working with journalists is that they can actually come back with information when they say they’re going to. And that speeds up the process of iteration. Learning. And it allows for the product to get to market faster. And there’s greater confidence that it’s the right product. Otherwise—without the blended team—there’s a real risk of going too deep and investing too much before you know what you’re getting. You want to know where to pile your money before that.

Don’t let anyone say, “Oh, we don’t have any ideas.” What do you mean? It’s all the stuff that isn’t known or done yet today. You have to realize that the blank page is okay, just throw something on it. And then let the investigative reporters figure out whether we should cut bait or keep fishing here.

Kupchella: One of the fascinating differences between research scientists and journalists is that scientists are quite capable—even comfortable—spending significant time and effort establishing a certain truth or relationship between things. With zero expectation of the applied knowledge. This is something that rarely, if ever, happens in journalism. We are running after specific applications of knowledge in real time, from the moment we start looking.

Sherman: The ability to see the scientific need is sometimes referred to as seeing “the white spaces,” meaning the places where nothing currently exists. To be studying in a place where nothing exists and creating an ultimate product from that same space is difficult—precisely because it’s not widely seen. Then, on top of that, you throw in the need for funding. This is where the speed of the journalist can help, as it can stave off the risk of having no patience. Science can be messy, and failures are important learning points along the way to finding an answer, which only happens at the end of the journey. Along the way, there are a lot of “no’s” as you feel your way along the corridor to the exit.

Kupchella: Exactly. Why not take what journalists know about getting to the bottom of a problem—and even include them in the pursuit of identifying what the real problems are—to participate in the discovery of solutions and new opportunities that lie outside of your initial field of vision? This could include talking to potential users, customers, buyers, administrators and other end-users to consider more perspectives and more targeted answers, quickly. It’s one more way to improve the odds of finding the most winning application of the thing the scientist can imagine.

One 3M marketer estimated that journalists paired with scientists can help the scientist get to the right answer in six weeks instead of six months. The journalists were supplying a constant flow of research and insights that, along with the science, informed the scientists further. The skills aren’t new, they’re just being applied in a new way that could benefit both industries in big ways. It’s exciting.

Audrey Sherman is a 3M Division Scientist in the medical field who has 148 patents to her name. In the company’s 117-year history, only 18 scientists have reached the 100-patent mark, and Sherman is the only woman to do so. She was even featured in “Jeopardy!”

Rick Kupchella is a longtime investigative journalist and news anchor who started The Informed Engagement Network (IEN), a research, strategy and content production company based in Minneapolis.

For more resources on journalism and science communication, the American Association for the Advancement of Science offers a communication toolkit, while 3M has created a “Scientists as Storytellers Guide.”