Many companies working on next-generation nuclear reactors lack the infrastructure, lab facilities and computer models needed to collect the data required to prove to the U.S. Nuclear Regulatory Commission (NRC) that their designs are safe and will work. To give some of these companies a leg up, the U.S. Energy Dept. recently awarded $30 million in initial funding to each of five U.S. teams so they can address the technical, operational and licensing challenges in bringing their designs to market. This is part of the department’s Advanced Reactor Demonstration Program. The goal is to help the U.S. nuclear industry demonstrate advanced reactor designs on accelerated timelines.

Here’s a quick look at five U.S. designs that could be operational within the next 14 years.

TRISO particles can be made into billiard-ball sized spheres (called pebbles) for used as fuel in high-temperature-gas or molten-salt-cooled reactors.

The first three designs rely on TRISO (TRi-structural ISOtropic) particle fuel. TRISO particles consist of a uranium, carbon and oxygen fuel kernel encapsulated by three layers of carbon- and ceramic-based materials. The carbon and ceramic layers prevent the release of radioactive fission products regardless of the reactor’s conditions. TRISO particles cannot melt in a reactor and withstand extreme temperatures well beyond the threshold of current nuclear fuels.

The particles are small, about the size of a poppy seed, and can be fabricated into cylindrical pellets or billiard ball-sized spheres for use in high-temperature-gas or molten-salt-cooled reactors. 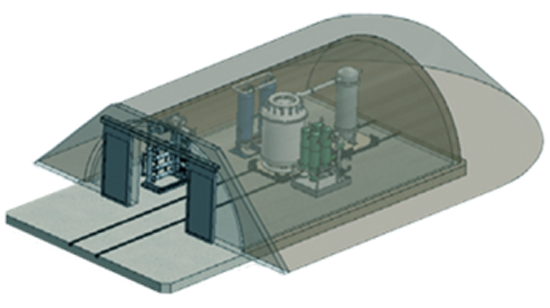 BWX Technologies is developing a transportable microreactor for off-grid applications and remote areas. It is designed to generate 50 MW of thermal energy and be operational in the early 2030s. The high-temperature gas reactor uses a version of DoE’s TRISO fuel that contains a uranium nitride fuel kernel for higher performance. The team plans on working with Idaho and Oak Ridge National Labs to test and qualify their new fuel. They will also focus on developing manufacturing processes that could cut the microreactor’s cost in half while coming up with capabilities that would also benefit other reactor designs. 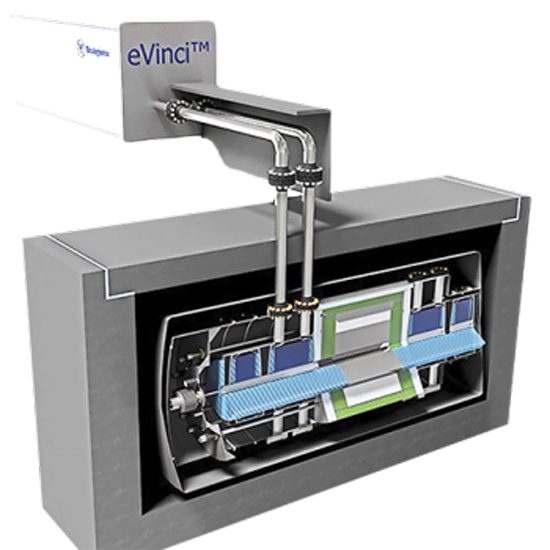 Westinghouse Electric Co.’s transportable 15-MW eVinci microreactor is designed to be installed on-site in less than 30 days. It features a heat pipe design that lets it work on a grid or in remote locations. The company will work with Los Alamos and Idaho National Labs, along with Texas A&M University, to test and manufacture components for the heat pipe to develop a small demonstration unit. This two-year project supports a larger effort by Westinghouse to build a prototype reactor by 2024, with full commercial deployment targeted for the mid-to-late 2020s. 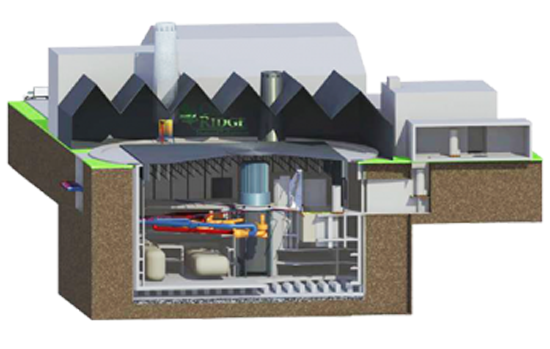 Kairos Power will work with Idaho and Oak Ridge National Labs, along with the Electric Power Research Institute and the Materion Corp., to develop Hermes, a scaled-down version of Kairos’ FHR commercial reactor. The commercial 140-MW reactor uses a TRISO fuel pebble-bed design with a liquid fluoride salt coolant to efficiently extract heat from the fuel to generate power. It is designed to operate at lower temperatures than most advanced reactors and offers high availability with online refueling. Hermes is expected to be operational in 2026 and will be demonstrated in Oak Ridge, Tenn. 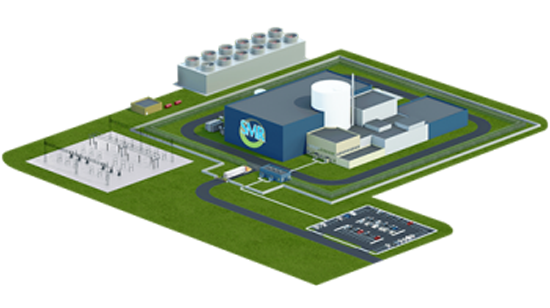 Holtec will be working to complete the research and power plant development needed to demonstrate its small, light-water modular reactor. The 160-MW reactor can be adapted to use air-cooled condensers on its secondary side, letting it be used in most of the world’s arid regions. Holtec plans on making most of the reactor’s components in the U.S. They plan to demonstrate the reactor at the Oyster Creek site in New Jersey, following the decommissioning of that nuclear power plant. 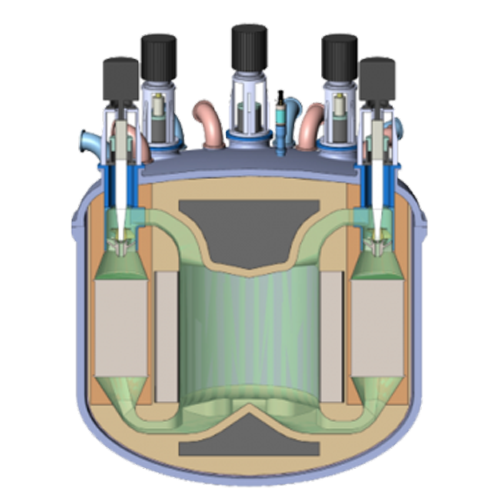 Southern Co. wants to construct and operate a small prototype based on TerraPower’s molten-chloride fast reactor (MCFR). It should be scalable for commercial use on the grid and able to use several different fuels, including used nuclear fuel from other reactors. MCFR technology is highly efficient at transferring and can be used for thermal storage, supply process heat or generating electricity. What the team learns from building and operating the molten chloride reactor will be used in designing, licensing and operating a demonstration reactor that could be operational within the next five years.

Southern Co. will work with TerraPower, Core Power, Orano and EPRI, as well as other private companies, labs and universities.