Engineers working at robotic companies, auto makers, automatic equipment manufacturers and in many other industries all commonly use torque overload protection devices, slip clutches or torque limiters. They design in limiters to prevent accidental collisions between robots and other moving machines, to avoid overloads on production and assembly machines, and to keep drives and speed reducers safe. All of these collisions or overloads lead to machine downtime, along with the associated higher maintenance costs and lower productivity.

This Rencol tolerance ring uses spring force and friction as its operating principle but is not an actual Friction Type torque limiter. It gets installed coaxially into a drive instead of being installed in series with an assembly. It surface waves provide a radial force which acts as the spring force to create friction between components. 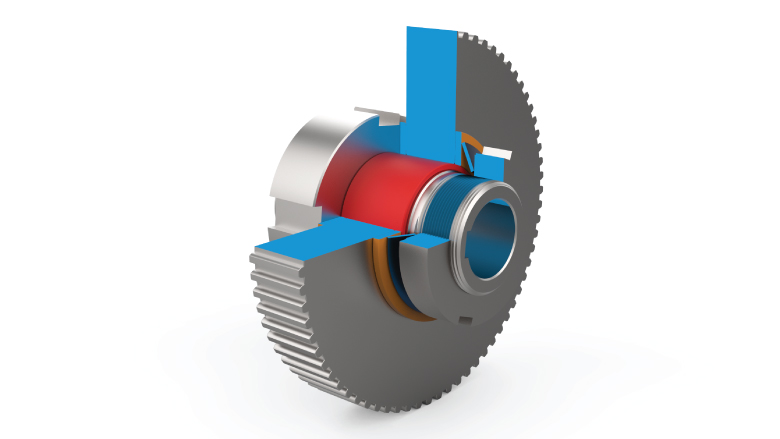 Friction type. This type of torque limiter uses spring loaded friction disks that act on one another, similar to an automobile clutch. Adjusting the spring-force preload on the disks determines the limiter’s torque slip threshold. Under normal torque load conditions, the limiter transmits the entire amount of torque. If the torque exceeds the threshold, the friction disks slip against each other to bleed off or eliminate some of the torque. This type of torque limiter lowers the torque almost immediately when a higher level of torque is applied. 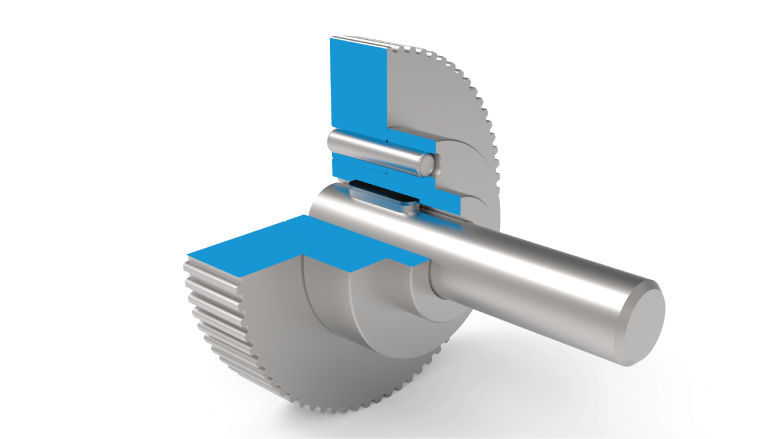 Shear-pin type. In these torque limiters, metal shear pins connect two rotating bodies and a constant shear force is applied to these shear pins when torque is transmitted. Under normal torque loads, these limiters let it all be transmitted. When there’s an overload, the shear pins break and all torque transmission stops. The shear pins must be replaced after an overload. It is also difficult to accurately control the level of torque at which the shear pin will reliably and consistently break. 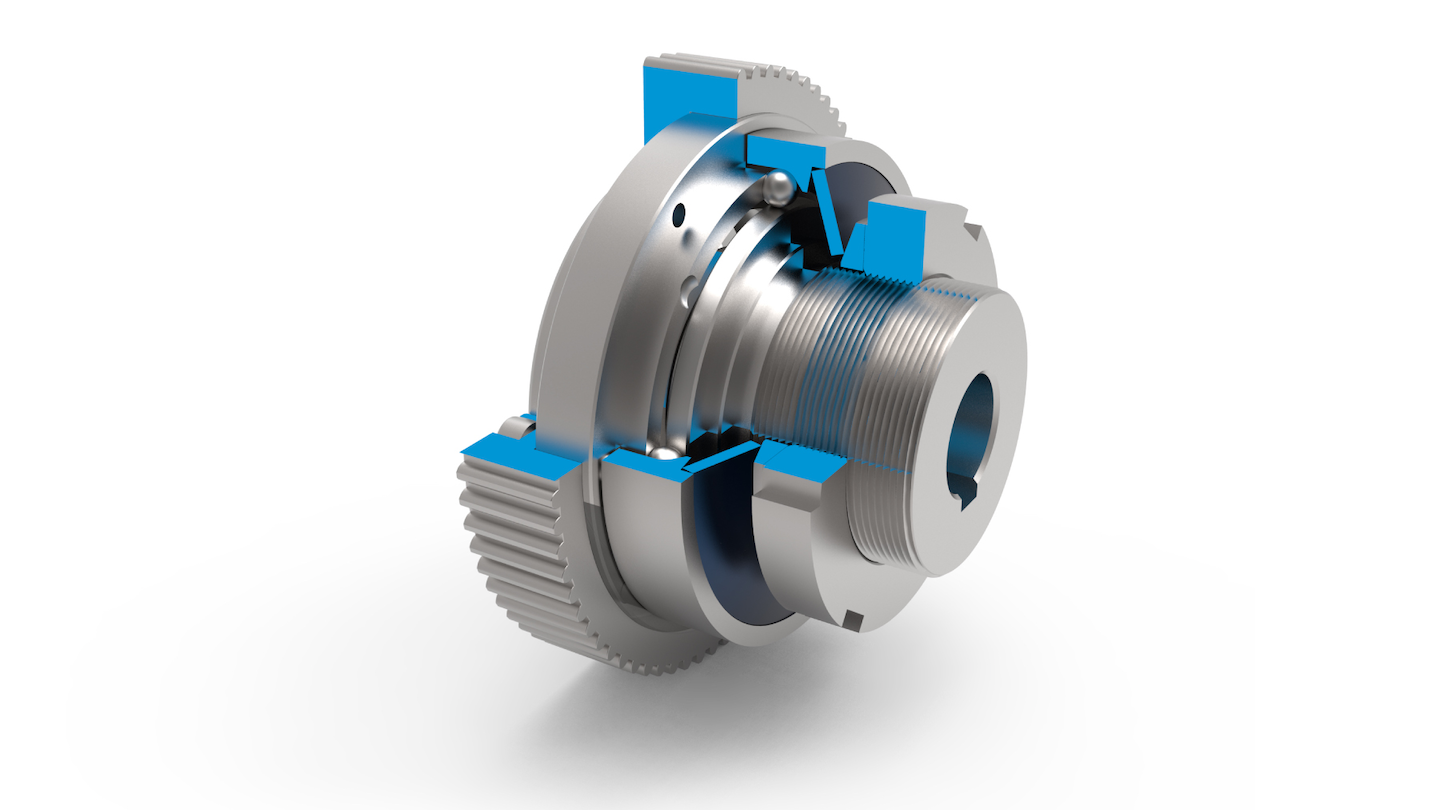 Pneumatic and hydraulic type. These limiters use pneumatic or hydraulic pressure to put force on the elements transmitting torque. These torque limiters tend to be complex and expensive and are not frequently used unless there is a special or compelling reason to do so.

The main criterion for specifying a torque limiter is the torque value threshold at which the limiter should slip or disengage. This value can be determined by the following equation:

RPM = Revolutions per minute at the location where the torque limiter would be located in the system.

For electric motors, horsepower can be calculated from the motor’s torque and speed ratings. For example, if the motor is rated for 2,000 RPM and 4 N-m of torque, horsepower is calculated as follows:

NEMA Standard MG 1-2014 defines a Service Factor as: “A multiplier which, when applied to rated power, indicates a permissible power loading that may be carried under conditions specified for the service factor.” NEMA’s definition of Service Factor also contains the phrase “normal service conditions.” These conditions include rated voltage and frequency at a maximum temperature of 40°C (104°F) and a maximum altitude of 3,300 ft (1,000 m). Only under these conditions can the motor handle the full Service Factor overload. NEMA also warns that even if the motor can perform successfully at ±10% of the rated voltage, operating it at other than the rated voltages may affect motor performance. The decision to apply a safety factor, if any, is solely the responsibility of the end-user.

The torque limiter should have a torque threshold that lets it slip only at torques higher than those the motor generates when first beginning to move. No one wants unnecessary and nuisance slipping when a machine or robot starts up, as this creates unnecessary and costly downtime.

Another consideration is the reset style of the limiter. Do you want to require human intervention for resetting it? Although this adds downtime, some engineers might want this option. If this is the case, then a shear pin limiter might be the best choice as it always needs human intervention to restart. However, if you want to automatically or immediately re-start, a friction type or a ball or roller detent type would do the trick.