What we have here is a summary of what the new year will bring. If you’re a regular reader of Microwaves & RF, you know or can probably guess some of what this year will be all about. Here are the highlights of the likely “hot” topics percolating over the coming months:

2020 clearly seems to be the year that critical mass is achieved, making it possible for the 5G wireless business to begin a growth spurt. Limited 5G service started in 2019.

5G has clearly won the all-time hype contest with continuous enthusiastic, over-the-top pandering, and untested declarations that may not be fulfilled. A rollout will take years, of course, but there has been a push by parts vendors, cellular operators, and consumers who want faster downloads of 8K movies and 24/7 cat videos to their iPhones. Here’s just a sampling of what to look for:

Bruce Lancaster of Wilson Electronics indicates that as 5G rolls out in 2020, the current LTE network will stay in place to serve 5G until the more advanced network is available. He believes that its primary use will be the expected voice and data services. The “killer app” for 5G has not emerged. Customer capacity will grow. The low-band spectrum will dominate (e.g., 850 MHz from AT&T and 600 MHz from T-Mobile) initial systems. A major move to mmWave bands will come later. Mr. Lancaster feels that even as 5G comes on line, Wilson’s line of repeaters or range extenders will still be needed to ensure more reliable connections, especially in buildings.

Artificial intelligence is probably second only to 5G in receiving the most hype and greatest growth predictions in 2019. That will continue. The branch of AI designated as machine learning and its subset “deep learning,” both based on neural networks and special processors, is the center of the action. Most companies are searching for ways to incorporate ML into products and services. GPUs and other special processors from Nvidia and Intel will be available to implement new ML applications.

The main challenge for 2020 is companies finding the AI experts they need, especially those with years of relevant experience. AI is a subset of computer science that hasn’t received the attention it deserves. AI had a growth spurt in the 1980s, but it soon faded into niche. Today, this is a great opportunity for some. If you have any AI or machine-learning experience, you are “golden,” as they say.

Despite these issues, most auto manufacturers are making plans for EVs. Since EVs are simpler than ICE vehicles and have fewer parts, automakers will no doubt lay off thousands of unneeded workers. Wiring harnesses become one of the big manufacturing challenges. And safety will be a major concern in manufacturing and service as technicians will be working with high-voltage (600 to 800 V) lithium-ion batteries.

Douglas Alfaro, GM of Wallbox’s U.S. organization (maker of infrastructure and home chargers), puts forth the following trends: China leads the world in EV production and adoption. Europe is pushing for a faster adoption. In the U.S., sales of EVs were down in 2019, but are predicted to rise in 2020 as more new models are introduced and more charging stations come on line.

Vehicle-to-vehicle (V2V) and vehicle-to-everything (V2X) technology may finally be decided in 2020. While the direct short-range communications (DSRC) standard based on 802.11p specifications has been around for years, few auto manufacturers have adopted and integrated it into a vehicle. 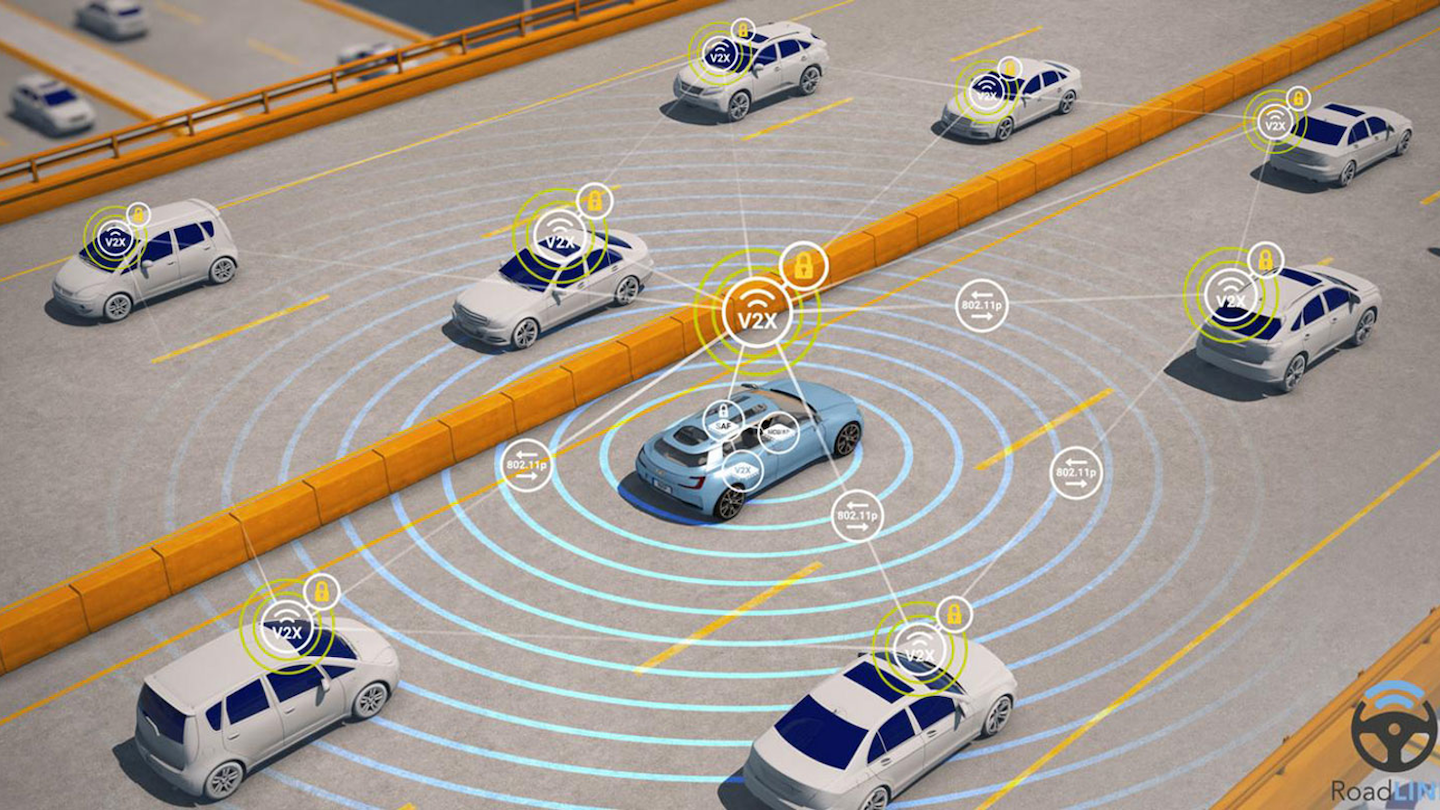 A competing technology called C-V2X based on use of the cellular networks as well as direct V2V connections seems to be the current favorite, at least in the U.S. In Europe, Volkswagen added the Euro version of DSRC to the latest Golf automobile. It’s pure speculation, but hopefully the U.S. National Highway Traffic Safety Administration (NHTSA) will select between DSRC and C-V2X in 2020 to put U.S. vehicles on the path toward minimizing crashes and fatalities. The FCC is assigning 20 MHz of the previously allocated 75 MHz of spectrum in the 5.9 GHz band to C-V2X later in 2020, and that may help expedite a decision.

After celebrating its 20th anniversary in 2019, Wi-Fi continues its growth with now over 50,000 CERTIFIED products. Its latest version Wi-Fi 6 (802.11ax) is rolling out as it now appears in some new smartphones, laptops, and access points.

The false conjecture that 5G will replace Wi-Fi is no longer an issue. Research shows that most users want and need both. Later in 2020, the FCC said it will allocate 45 MHz of additional unlicensed spectrum in the 5.9-GHz range to Wi-Fi. This lets Wi-Fi maintain its ever-increasing bandwidth and data-rate objectives. That leaves one to wonder what Wi-Fi 7 will be.

Just where is the Internet of Things headed in 2020? Aaron Kamphuis, data analytics and IoT practice manager at business technology and consulting firm OST, sums up 2020 for IoT.

Talk of 5G quickening the speed of IoT devices is great in theory, but expecting to see drastic progress in 2020 is incredibly unrealistic. Consider, 5G has been on the horizon for years, claiming it would “change the world” after implementation. Yet after being launched a few months ago, 5G impacts are still very minimal, especially for larger IoT devices.

5G has promised to deliver a richer experience for a range of IoT devices. However, 2020 will be a time when 5G connectivity is mostly focused on smartphone integration. Larger IoT devices such as industrial sensors, wearables, as well as medical devices, are predicted to take a back seat in 2020.

As manufacturers and developers keep an eye on the rollout of 5G in the new year, undefined cost models, service availability and coverage will limit its adoption. While hotspots and smartphones will carry 5G capabilities, smart product manufacturers will look for ways to integrate 5G capabilities to drive increased value in their products. However, because of the time it takes to develop a new smart product, we won’t see the earliest wide-scale adoption of 5G until 2021 and into 2022.

IoT World Today reports that a big development in 2020 is security. The expanding footprint of connected devices makes them a tempting hacking target, with smart buildings perhaps being a primary objective. One potential answer is the development of cybersecurity methods using AI with machine learning.

As for 5G, it doesn’t appear to be a significant part of IoT the coming year. The cellular carriers are certainly promoting an IoT role in 5G. However, while some believe that 5G could be a good backhaul link for their systems, others fear that 5G itself isn’t secure enough.

The Internet of Things has been around for years now. In some sectors, the IoT market is at the point where early adopters now mostly use it thanks to the progressively lower costs for sensors and chips. The industrial sector represents one good example. Some believe that the retail sector may be the next to adopt IoT. One major inhibitor of progress is the lack of personnel with the knowledge and skills needed for IoT.

Franco Zaro, director of business development at Valid, has this to say: “Connected homes, wearables, and IoT are pretty young technologies that little by little are taking over the market mainly for three reasons: devices are getting smarter, prices are going down, and 5G will streamline processes. User adoption is making good progress in being able to integrate devices with our mobile phones, which nowadays has basically become an extension of ourselves. Super smart devices are no longer restricted to a geek-techy audience.”

The test-and-measurement (T&M) instrument manufacturers hold the key to future successful technology advances. You can’t design, build, or test new equipment and systems without even more advanced T&M technologies. T&M companies do a great job of addressing the latest developments with their digital and software based-architecture. Still, the continuing demand for increased automation and operation at higher frequencies and data rates pushes the T&M companies to the max.

Here’s a summary of predictions for 2020 from T&M leader Keysight Technologies: