As the voltages generated by solar panels increase, so too does the risk of damaged wires causing high-power discharges of electricity that result in explosions or flash overs.

To reduce or eliminate that risk, researchers at Sandia National Laboratories, working with engineers from Guardian Sensors Inc., developed electrical in-line connectors that automatically predict and prevent photovoltaic arc-faults before they can ignite electrical fires.

The in-line connector developed by the team measures about an inch long with the diameter of a dime. It contains a metal spring covered in a self-extinguishing polymer material developed and tested at Sandia over the last five years. It could replace current connectors and link a series of solar panels that could operate together in a field or on a roof.

All connectors are susceptible to corrosion, damage or poor installation, which can lead to unreliability issues—especially if the wires have tiny crevasses or breaks. In conventional connectors carrying high currents and voltages, those imperfections can create sparks and fire can break out. The connectors have no protection against it. 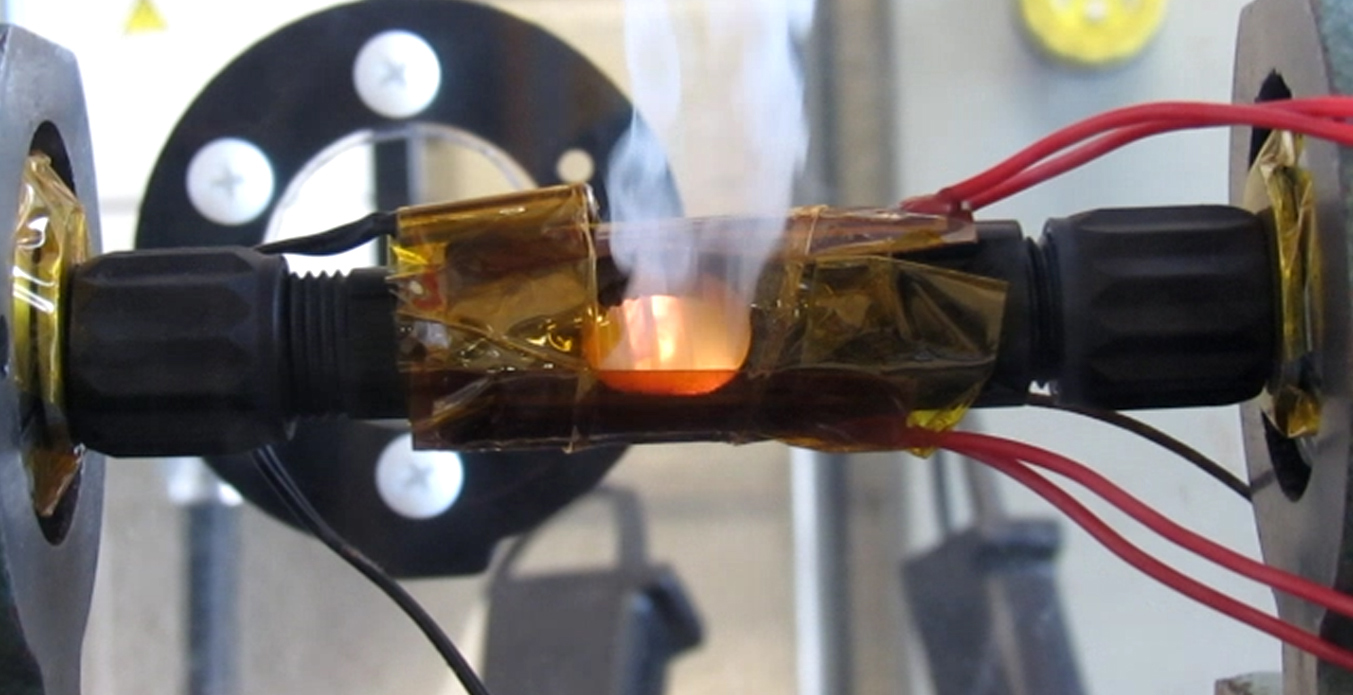 If there were a spark, a polymer within the in-line connectors would melt and a spring extend inside of it to widen the spark gap and stop the flames, as shown in this photo.Kenny Armijo

The new in-line connectors are designed to activate at temperatures above 185°F. At that point, the self-extinguishing polymer melts, filling in the crevasses or breaks in the wires, and the spring expands. This widens the spark gap between wire conductors, and they no longer generate energy that leads to heat and fires. The speed of the reaction and the polymer’s fire resistance can stop a fire before it starts—in less than two seconds. 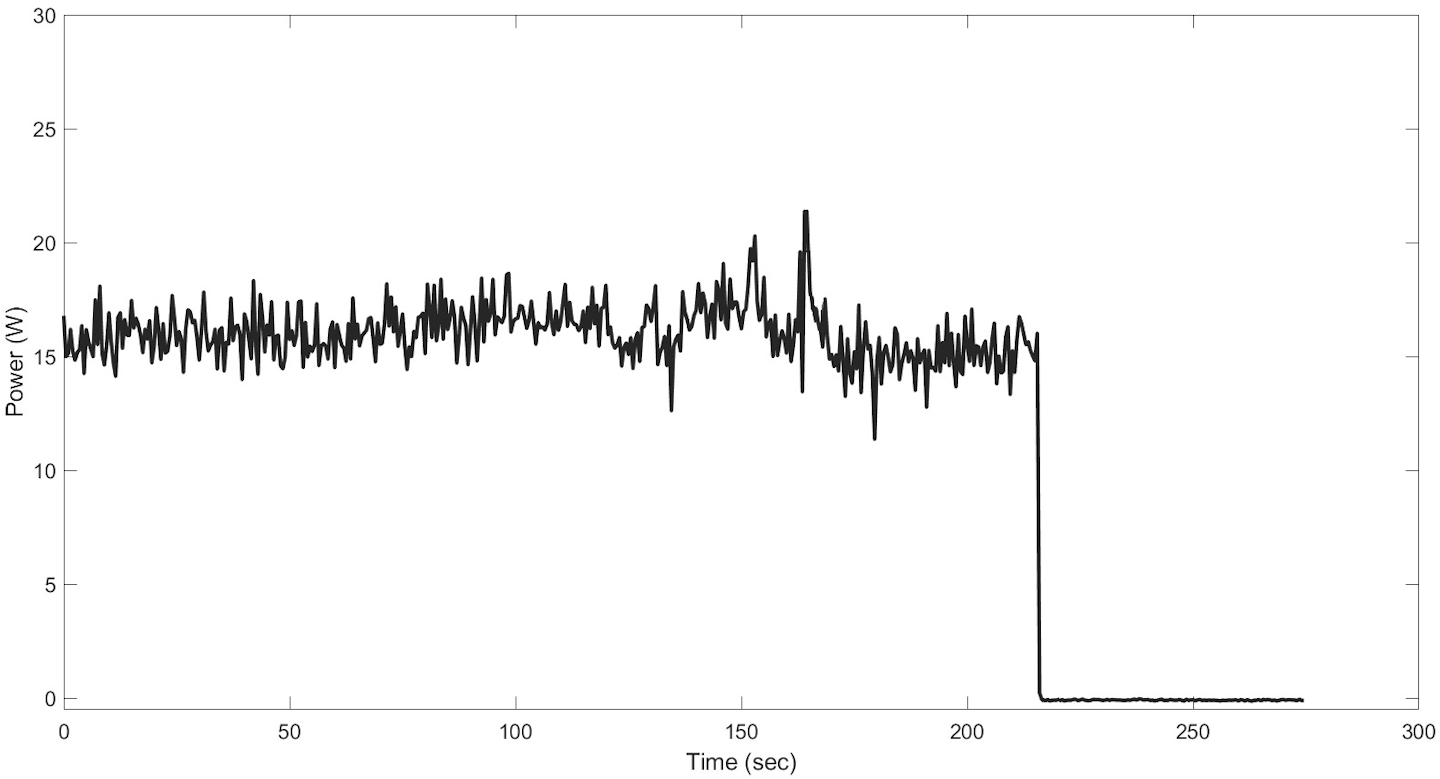 Sandia was able to provide Guardian Sensors access to a patented, special arc-fault generator at the labs for testing. It was developed by researchers trying to determine how dangerous arc-faults are; it can also test different materials for reliability in high-voltage connectors and electrical wiring. It was used to test a prototype of the new inline connector.

In the future, the device could be used with other types of power sources and storage devices, such as batteries.