Industrial Automation with a Mission

Across the board, the manufacturing industry is responding to a technological onslaught. The latest breakthroughs—from fighter aircraft and complex weapons platforms to autonomous systems, electrification and cybersecurity protection—are increasingly attractive to the aerospace and defense (A&D) sectors.

But in this pattern of development, the impact of disruptive forces is upending the core of industrial companies and triggering the growing talent crunch to attract and retain critical skills.

The skills gap is expected to leave an estimated 2.4 million positions unfilled between 2018 and 2028, according to a study by Deloitte and The Manufacturing Institute. And McKinsey Global Institute research shows that 45% of the activities people are paid to perform today could be automated, as could approximately a third of the activities performed in 60% of all occupations.

The shortage of talent has been identified as a universal problem for manufacturing in the United States, yet A&D companies appear to be caught off-guard.

That’s because system complexities, regulatory restrictions and operational behaviors endemic to A&D complicate the task of managing the paradigm shift. On the one hand, the strategies that manufacturing companies can choose from thrive in this period of increased human-machine teaming and culling insights from the Industrial Internet of Things. On the other, as physical systems become digitally integrated, A&D companies have difficulty hiring for the specialized skills needed to future-proof their workforces.

What follows is a sampling of the issues—and ways to overcome them—as highlighted by a panel of A&D experts. Their insights were culled from a session moderated by Danielle Swank, founder and CEO of Fomoro AI, at the Automation Technology Expo (ATX) West, held Feb. 11-13, 2020 in Anaheim, Calif. 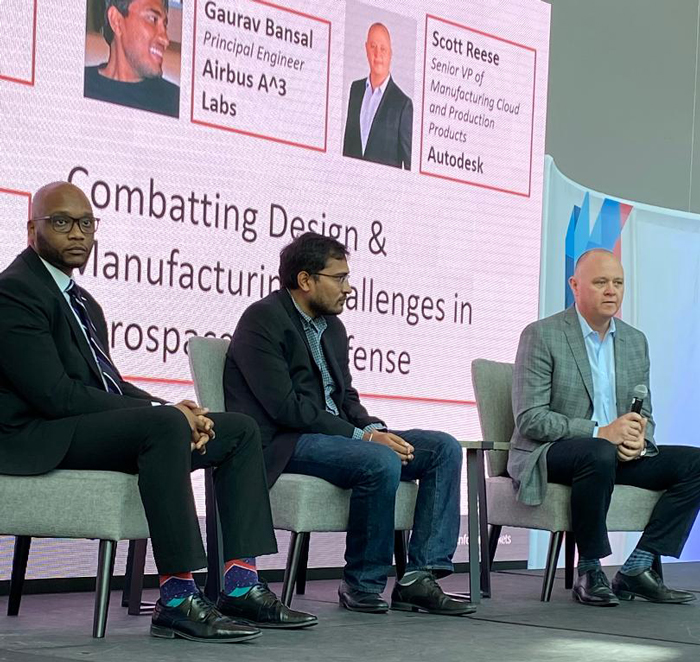 The United States has a critical shortage of pilots, which weighs heavily on the aerospace industry, noted Gaurav Bansal, a self-driving car technology researcher who has led Airbus’ initiative to create autonomous flying vehicles.

Reasons for the scarcity stem from both supply and demand factors, not the least of which is the fact that major pipelines for airline pilot talent are drying up and compensation is out of step with what it costs to become a pilot. The 2019 Boeing Pilot & Technician Outlook projects that 804,000 new civil aviation pilots, 769,000 new maintenance technicians and 914,000 new cabin crew will be needed to fly and maintain the world fleet over the next 20 years. Airbus’ Global Services Forecast is more conservative in that it predicts a need for some 450,000 pilots by 2035.

Airlines and manufacturers could save money and minimize the pilot shortage if they were able to reduce the number of pilots in the cockpit. It’s a disruptive strategy that’s partly designed to keep airlines in the sky, but it may serve to keep the pilot’s job accessible, too. (Studies suggest that consumers don’t know how much of aviation is already automated.)

At Airbus, AI engineers like Bansal work on artificial intelligence that can do the tasks of a human pilot. “One of the main reasons Airbus and Boeing can’t scale or can’t sell planes to airlines is because airlines don’t have enough trained pilots to recruit,” he explained. “So, if we can build an AI solution that can augment the work of pilots, we could move to something called a SPO, or single pilot operations.”

Modern commercial airliners have automated systems that can augment pilot’s performance by managing engine power or controlling and navigating the aircraft. Once you go up to 30,000-40,000 feet, planes navigate through the sky by following a route of beacons and waypoints.  There are three main tasks that remain within the purview of the pilot: takeoff, landing and taxi. 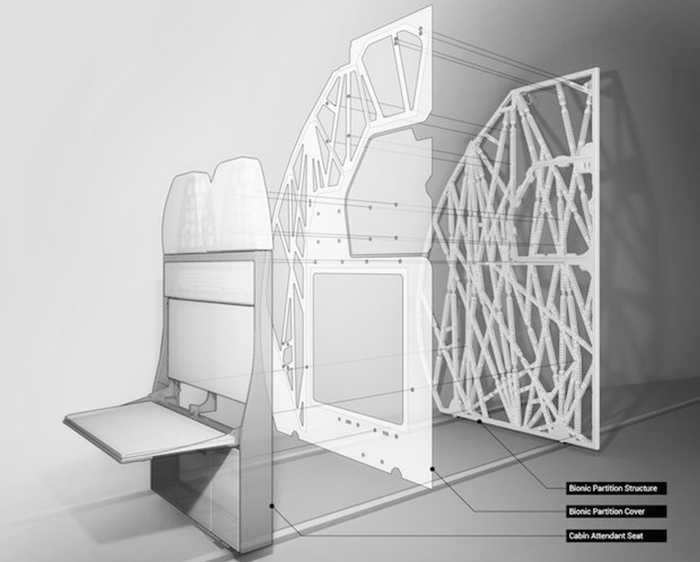 Bansal designed the system and AI that automates landing. He explained how the system can complement the human skill set: “Human pilots can start seeing the runway they have to land on 10 kilometers out because they have landed at the airport so many, many times. But pilots also need to have an idea of distance to be able to control the speed.

“They also need to know the localizer deviations and flight paths—these are the latitude and longitudinal offsets,” Bansal continued. “They have to align the plane perfectly to be able to land it. So, we designed the current machine learning systems that that can give you all of these capabilities.”

A second pioneering solution Bansal has worked on involves fighting traffic congestion with AI solutions for urban mobility vehicles, or flying taxis. “Traffic is a huge problem in LA,” he said. “If you live in the Bay area and want to go from San Jose to San Francisco at 8 a.m., it will easily take you 90 minutes or worse…The idea is to commission short haul planes—50 miles or so—which will exploit vertical takeoff and vertical landing.”

The flying taxi idea is a monumental challenge that not only big names (think NASA, Airbus, Boeing and Uber) but also many start-up players in Silicon Valley are looking into. These passenger drones may not be designed to fly at 40,000 feet, but the regulatory hurdles, along with a catalogue of mobility kinks (design, weather, noise pollution, data collection, scaling) continue to hover. 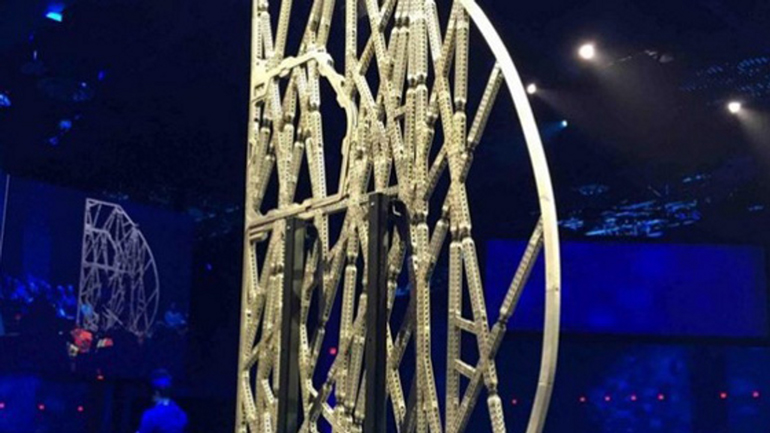 Build Workarounds for Problems with Globalization

Aerospace OEMs have traditionally conducted value-added activities in their home markets. Today the industry operates with globally dispersed value chains that pose a new set of challenges.   Consider as an example GKN Aerospace, a multi-technology tier 1 aerospace supplier. Engineers working on the same project could very well be based at any one of its 50 manufacturing locations across 14 countries.

“There is a constant exchange of information, data and CAD models, while having to stay in line with different export control laws and restrictions, including International Traffic in Arms Regulations (ITAR),” said Ronnie Wilson, lead technology project manager, GKN Aerospace. “Even though we’re working on the same defense projects, something as simple as a geometry for the nose [of the aircraft] could be information you cannot export.”

Tackling issues that arise from working across an international workforce starts with “understanding the way of working,” said Wilson. “We go through a lot of training, a lot of repetitive classes, always making sure things can export. We don’t have a lot of people that are allowed to export tag information that goes out. That really helps funnel control.”

Global capability comes with pros and cons, said Wilson, who is tasked with establishing, maintaining and managing external strategic relationships. GKN is able to leverage resources across business units—from manufacturing, materials or process development—which in turn bolster vertical integration within the company. “This makes it more of a challenge; there’s a lot of moving parts with multinational teams,” Wilson said.

GKN uses its global footprint to its advantage when working with an OEM or on a development project. “They don’t have to piecemeal when you need someone to look at the machining here and the welding gear and assembly there,” explained Wilson. “There’s a lot of boxes that GKN can check internally,”   Still, complexity increases when bringing more teams into a project and invariably requires more logistics and budgets. “Things get more challenging, but we can we use that to our advantage,” said Wilson. 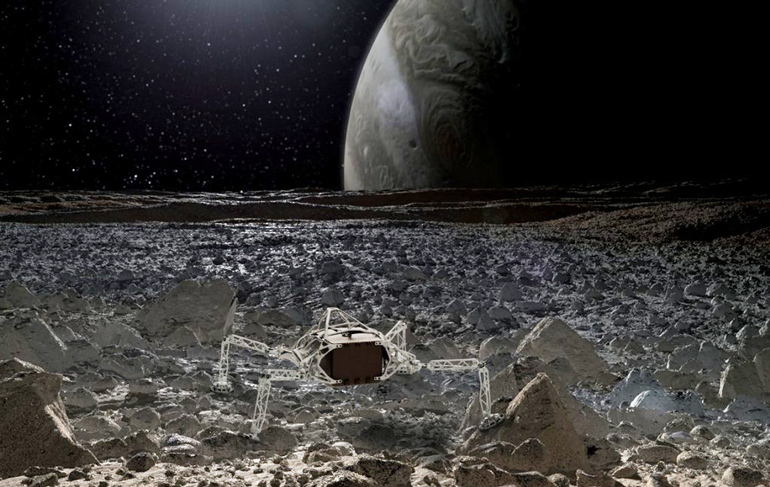 For panelist Scott Reese, senior VP of manufacturing and cloud productions, Autodesk, manufacturing companies fall into one of two categories: They’re either disrupting or being disrupted. Aerospace is no different, he said, but “thinking differently and working differently” are at the core of helping industry cope with the technology and skills shift.

At Autodesk that translates into harnessing the potential of generative design. The approach is often associated with 3D printing and uses machine intelligence and cloud computing to generate design solutions that fit within specific constraints set by engineers. Part of the allure is an iterative technique that allows the computer to explore all possible options for improving the design, then coming up with the best design solution and effectively taking the guesswork out of the equation for engineers.

“If you think about the way products were designed in the past, whether it’s landing gear or any element of the hardware, people effectively opened up the system and started drawing things,” Reese explained. “In the era of cloud computing and artificial intelligence, we’re trying to leverage the computer and bring the human and the machine together to co-create and deliver a better outcome.”

He points to a collaboration with NASA’s Jet Propulsion Laboratory that brought Autodesk’s disruptive clout to the forefront by allowing it to unearth new approaches to design manufacturing processes for space exploration.

The project, while mostly experimental, used generative design software to figure out a way to reduce the weight of a spacecraft. Tackling the weight consideration in space exploration makes a world of difference. The software multinational states that “every kilogram of mass that can be cut from the structural payload enables a critical increase in the scientific payload of sensors and instruments to search for life beyond earth.” The payoff was a conceptual deep-space lander, which demonstrated the potential for significant performance, safety and cost savings, and is touted as the most complicated structure created using generative design.

In a commercially viable application Autodesk partnered with Airbus to reduce weight and optimize the structural design of an airplane. Design engineers created the dividing wall that separates the main passenger seating area with the plane’s galley and flight attendant jumpseats. They were able to create a 3D cabin structural component (dubbed a “bionic partition”) that’s not only stronger and more structurally sound, but also weighs 45% (66.14 lb or 30 kg) less than current designs. Airbus estimates that, applied to the entire cabin and to the current backlog of A320 planes, the technique could save up to 465,000 metric tonnes of CO2 emissions per year.

“If you think about extrapolating that out to every part of an airplane or an automobile, it can make a big, big difference,” said Reese.

The takeaway from the shift in technology is that when a company’s value proposition is clear and it’s good for the customer, then it’s going to be good for your company as well. Said Reese: “When people say automation is taking away jobs, we don’t subscribe to that. We think automation, robots and AI are going to change your job. That’s why rescale is important.”