Going Where No Valve Has Gone Before

More than half a century ago, NASA built only 15 multi-stage, liquid-fueled Saturn V rockets for the United States’ Apollo program. These rockets were capable of nearly eight million pounds of thrust. Today, dozens of different space-launch vehicle designs are in use with more in development.

Modern space vehicles use the same rocket science principles and similar fluid components as those used on Saturn V. From a systems-engineering perspective, not much has changed. The system components perform the same functions they did when they first put a man on the moon.

Despite conventional thinking, however, tried-and-true can be improved upon. The recent increase in commercial competition, introduction of more advanced fuel types and exponentially faster vehicle development timelines have called for the evolution of the designs or components themselves as well as their production schedules.

One such device that has recently been overhauled is the solenoid valve. Valves are vital components in liquid-fueled rocket propulsion systems. They transport fluids to all areas of the spacecraft for critical applications including engine controls, stage separation, reaction control and fuel pressurization, among a wide-range of other critical space systems. They also perform a long list of operations during loading, start-up and flight. Remarkably, modern, multi-stage, liquid-fueled launch vehicles can have more than 500 valves on board.

The Space Race and the Balanced-Poppet Design

During the design and development of liquid-fueled rockets leading up to the Apollo era, schedule was the biggest driver and cost was no object. A rocket would take as long as nine years to build. NASA tested early and often. And hardware requirements were barebones—mainly those essential for rocket performance.

Fluidic components were designed specifically for a single application in only one place on the rocket. The vehicle engineers would specify the working fluid, mating interfaces and required performance for the given function on the vehicle. The component manufacturer would build and test a handful of units for development and ship a small set of customized components for use. 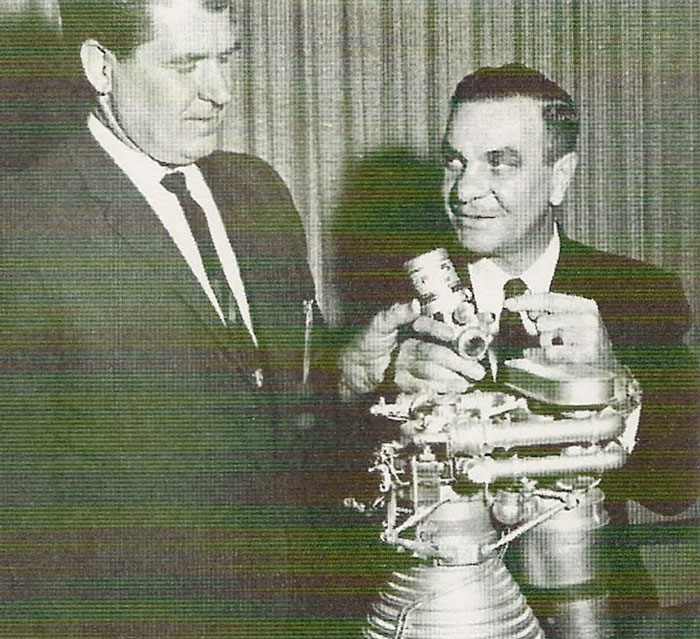 During this period, Marotta Controls patented the balanced-poppet valve design that allowed fluid pressures up to 6,000 psig in very small packages (slightly larger than a pack of cigarettes) for a ¼ in. line-size valve. This balanced-poppet design was ideal in ¼ to ½ in. line sizes. For larger line sizes, these valves were still of significant value as they were used as pilots, routing pressures to larger piston actuators of the main stage.

The initial small valve designs consisted of an aluminum or stainless-steel alloy housing, a stainless-steel poppet (spool), a DC coil used for actuation and elastomeric O-rings for sealing outside of the main flow path. Material science for rockets was in its infancy, and there was limited availability of more exotic materials.

Design on draft boards and analyses performed with slide rules dominated the industry, backed by empirical data from extensive testing. The simplicity of the design lent itself to widespread adoption and became the benchmark for high-pressure fluid components, both for ground-support equipment and for flight components alike.

Sealing technologies for those early solutions were (as noted) elastomeric O-rings and PTFE (polytetrafluoroethylene, or Teflon) packing. These components had some shortcomings: O-rings were limited to relatively lower pressures, and PTFE was known for its inability to retain form under high pressures and temperatures.

Also of note were the approaches in the early days of manufacturing and quality control. Anything to minimize extra work was encouraged despite the general “cost is no object” mentality. Hence, manufacturing techniques such as forging and casting were favored over milling and turning as removal of material was a manual and laborious task. Plus, assembly was performed in small lots without significant quality controls—causing component variability to suffer from lot to lot. Lastly, no statistical analyses, such as CpK (process capability index), nor failure investigation techniques for root cause and corrective action, were employed.

The functionality of today’s fluid control systems is nearly identical to that of ’60s systems. Additional requirements for redundancy and safety, however, have added complexity to the modern system design; examples of those additions being controlling, regulating and expelling fluid from the launch vehicle.

Current fluid component specifications can be more than 300 pages within which rocket makers define all material restrictions, development/qualification testing and quality requirements. Many of these specifications have been derived from more than 50 years of lessons learned since the end of the Apollo program. 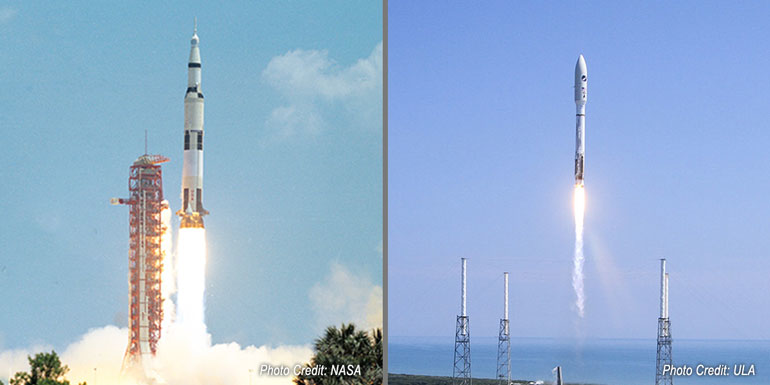 So, what exactly have we discovered since Neil Armstrong’s historic moon walk?

A lot. Considerable and essential advancements have been made in the areas of material science, analysis, manufacturing capabilities and quality control—all of which have influenced the evolution of valve design.

For direct acting solenoid valves, the subcomponent designs remain largely unchanged. Material science, though, has continued to evolve, and exotic materials such as Inconel and Monel are more readily accessible for smaller components. These materials allow the valves to operate at higher pressures and temperatures while also enabling additional fluid compatibility.

Additionally, the finite element analysis capabilities have grown such that combined loading effects; dynamic conditions such as shock and vibration; and fatigue can all be predicted and used for optimization. These advances directly correlate to lighter components that are more reliable.

Of the valve components, sealing technologies have seen some of the biggest changes since the 1960s. Where O-rings once dominated most fluid components, higher-tech solutions such as spring-energized seals have now become commonplace. These engineered seals far surpass elastomeric O-ring capability limitations as they can withstand pressures of 10,000 psig, temperatures of 1,000°F, and temperatures below −320°F for cryogenic applications.

Modern manufacturing techniques such as milling and turning on 5+ axis machines has reduced the need for the forging and casting techniques. Machining from billet can achieve similar part weight, with much lower lead times, and less unique tooling than a comparable forging or casting. Surface finishes and tolerance can also be held much more tightly, allowing for higher pressure sealing capabilities; for example, high pressure balanced-poppet designs rely on parts to have tolerances of less than five ten-thousandths (5/10,000) of an inch. Further, assembly and test capabilities have turned to automation and lean manufacturing techniques such as six sigma and Kanban to produce larger volumes of products more efficiently.

Over the past 20 years, the commercialization of space has caused an increase in resource demand, competition and innovation. In the days of Apollo, the United States was working toward a common goal.

Now, several private companies fight to find their place through the rapid development of small  and mid-sized launch vehicles (the heavy market is still dominated by the U.S. government). Spacecraft component manufacturers have leveraged vertical integration, 3D printing and manufacturing in larger volume to drive down costs of launch vehicle build and integration.

In response, the fluid component manufacturing industry has also changed. With a wider customer base and need to fit into more diversified end-product systems, some component manufacturers are identifying ways to standardize valve products. In 2018, for example, Marotta Controls released the CoRe Flow Controls series. This solenoid valve product line offers 12 different part numbers that are baselined across 12 different launch platforms and have multipurpose use throughout a rocket.

Two to 300 of these valves are manufactured monthly, demonstrating a dramatic change in valve production schedules versus what was common decades ago. This catalog-like manufacturing strategy allows for more economical pricing, reduced lead times and ready-to-use qualification test reports for each part number—previously unheard of in the fluid component industry. By supplying identical components to various platforms, manufacturers can focus on improving reliability with data-driven decisions similar to any higher volume industry.

At this stage, there is no indication that the demand for telecommunications and scientific endeavors will slow any time soon. Given this, neither will the demand for small- to mid-sized launch vehicles. It is no surprise, then, that components manufacturers will need to continue evolving their products’ quality and manufacturability to meet the expanding spectrum of required capabilities. The valve industry, for one, has come a long way in just a few short years. And it’s fair to say, this is only the beginning.