Engineers designing the Giant Magellan Telescope celebrated the feat of having their innovative seismic protection design validated by an independent review panel. This group of experts in seismic isolation systems gave its stamp of approval for preliminary work designed to protect the 22-story rotating observatory and seven of the world’s largest monolithic mirrors from being damaged by earthquakes.

The 25-meter class ground-based telescope is under construction at Las Campanas Observatory in Chile’s Atacama Desert, a region that benefits from at least 300 clear nights of the galactic center per year. The region also happens to be prone to high tectonic activity, where some of the biggest, most frequent and most destructive earthquakes have been recorded to date.

Engineers at the Giant Magellan Telescope are using a seismic isolation system in a two-part line of defense that will keep the structure safe. The seismic isolation system is a circular array of 24 single friction pendulum isolators that support the telescope and its pier and protect the telescope’s optical components and instruments from active ground motion caused by a major earthquake. The system potentially allows a return to operations within hours to weeks, depending on the magnitude of a seismic event, noted the engineers.

“Telescopes that have been built in seismically active regions were designed, due to their smaller scale, without explicit seismic mitigation,” said Dr. Dave Ashby, the Giant Magellan Telescope’s project engineer. “While most remain operational today, some have incurred costly earthquake damage. The new generation of extremely large telescopes will be built with sophisticated seismic mitigations, including seismic isolation, to balance construction and operational costs over the extended operational service lives of these large facilities.” 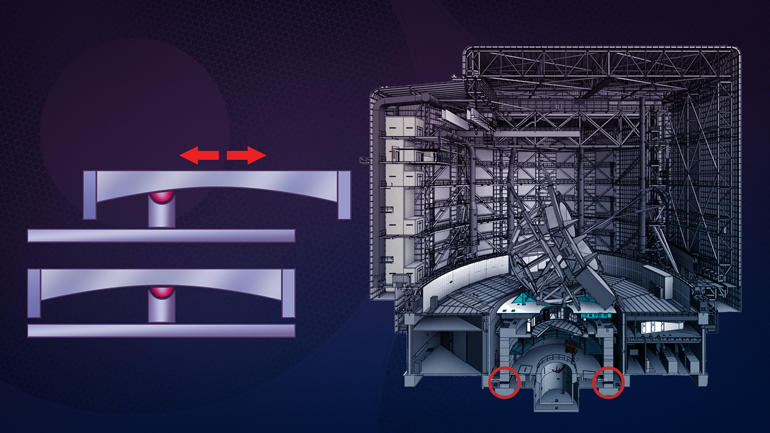 The second part involves a pier-recentering system, which is essentially a hydraulic system that returns the telescope to its original resting and operational position following a major earthquake. “The isolation system will return the telescope to its ‘home’ position within a couple of inches, but that’s not good enough,” noted Dr. Bruce Bigelow, the Giant Magellan Telescope’s site, enclosure and facilities manager.

The hydraulics of the pier-recentering system can move the 6,000 metric tons of telescope and pier and return the telescope to a fraction of an inch from where it was before the earthquake, said Bigelow. 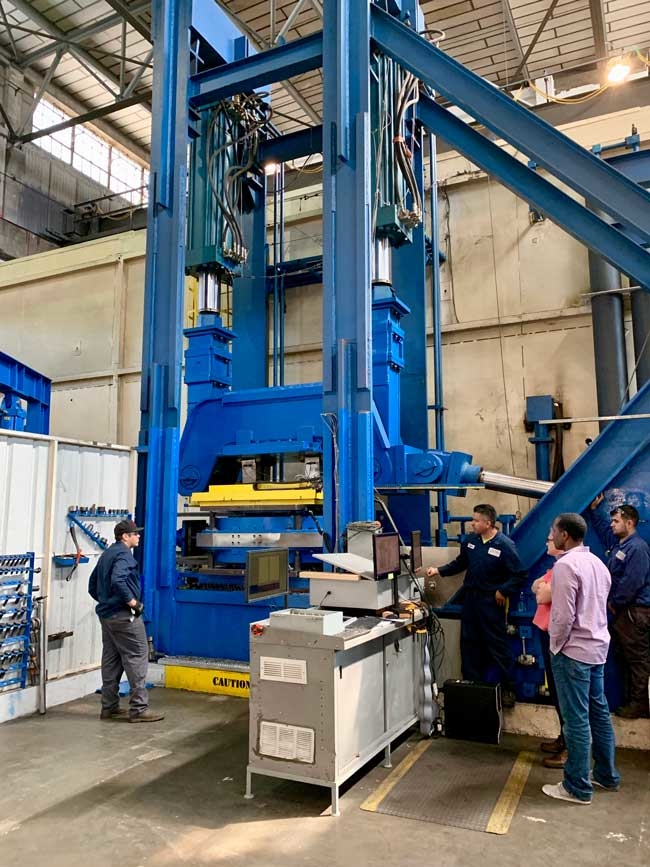 Around the world, base isolation is a preferred technique for dampening the effects of earthquakes on infrastructure using various techniques. By introducing a flexible or sliding interface, structures can decouple from the ground motion during an earthquake to protect structural integrity and minimize displacement. Impressive examples can be seen in the Tokyo Skytree East Tower in Japan, the Sabiha Gökçen Airport in Istanbul, Turkey; the Tan Tzu Medical Center in Tai Chung, Taiwan; the Shanghai Tower in Shanghai, China; and the Museum of New Zealand Te Papa in Wellington, New Zealand.

While some engineers claim seismic base isolation offers the most effective protection against earthquakes, the technique is less frequently used in the United States—even in California, which has suffered the damaging effects of earthquakes over the past few decades. According to the third Uniform California Earthquake Rupture Forecast, or UCERF3, each region of California will experience a magnitude 6.7 or larger (M≥6.7) earthquake in the next three decades. 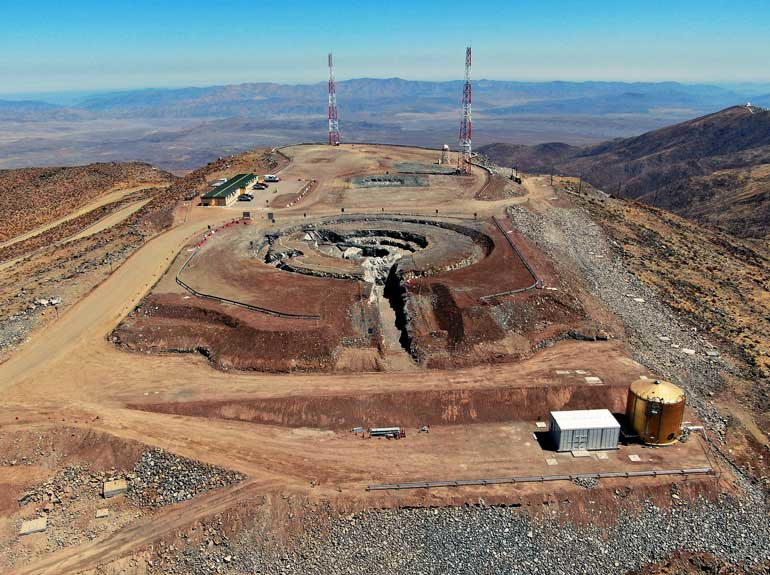 Not surprisingly, the late Steve Jobs embraced resilience technology when he reportedly looked to Japanese design for inspiration and incorporated seismic isolation into Apple’s $5 billion Apple Park campus in Cupertino, a city in California’s Silicon Valley. The ring-shaped, four-story building is suspended on 692 stainless steel saucers, making it a stellar example of seismic base isolation designed to diffuse the effects of seismic activity, such as shaking.

Each base isolator is about seven feet in diameter and weighs about 15,000 lb. Undeniably designed with business continuity in mind, Apple Park will move up to 1.4 meters horizontally during a seismic event.