From Machine to Meerkat | Machine Design

“Animals have really specialized adaptations for finding, acquiring and processing food. In zoos and aquariums, food is typically provided to them,” said David Orban, an animal excellence manager at the zoo. “If we can try to make the food presentation mimic some of those natural behaviors, it’s going to benefit the animal—they’re going to be able to use their cognitive abilities better.”

Orban said the partnership spontaneously formed, with GE Additive reaching out to the zoo to inquire about a potential collaboration. “From the start of this partnership, it was really important for us to understand the other’s perspectives and capabilities,” he said. “Our skill sets and knowledge bases are so vastly different.”

To become acquainted to the other’s needs and requirements, both teams shared spaces—the zoo team took the GE team around the animal habitats and showed them a few behind-the-scene procedures, and the GE team took a group of zoo employees on a tour of its additive manufacturing facility.

“The zoo is definitely an atypical customer for us,” said Shannon Jagodinski, lead engineer at GE Additive in Cincinnati, who said she usually deals with clients in the aerospace and medical industries. “The scope was identified as animal enrichment. My background is in mechanical engineering, so those two words meant absolutely nothing to me.”

Orban said the zoo staff had a chance to submit animal enrichment projects they would like to see happen ahead of its meeting with GE. From there, both teams had a few brainstorming sessions and a few concepts that would help the zoo solve its problems. The idea for a tree-trunk-like feeder was born. 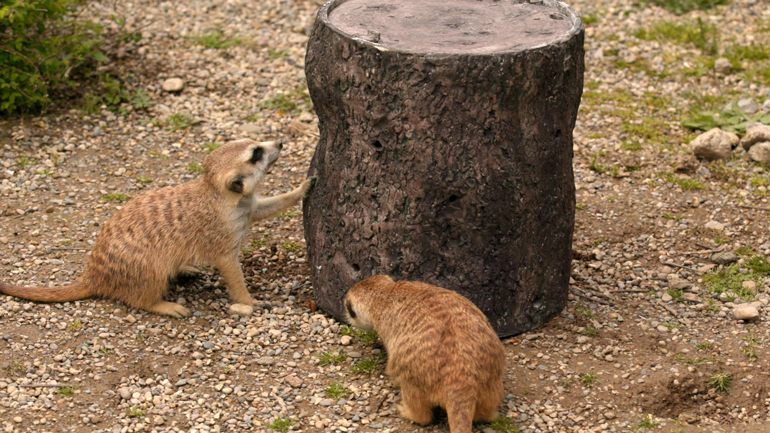 Jagodinski and Orban pointed out the first consideration was safety for the animals as well as the keepers. “One day, we talked about the length of one of these animals’ tongues that could potentially get stuck if a hole was a certain size,” said Jagodinski. They also had to ensure the material was safe and that the device could easily be removed and cleaned.

Another point of discussion was the intended use for the device. The zoo currently has one device that is being implemented in different habitats.

“The feeder was created so crickets could fit inside,” she said. “A ton of animals inside the zoo consume crickets in their diet.” 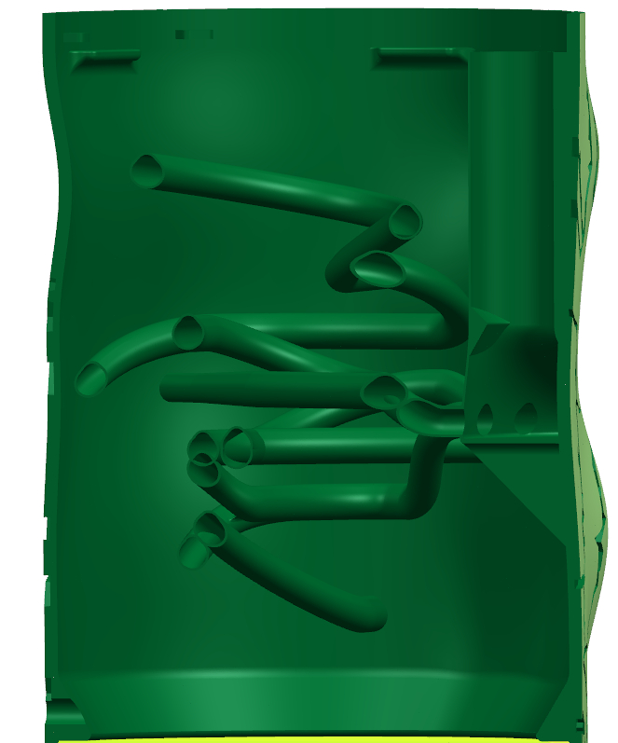 Jagodinksi said one of the most enriching parts of the collaboration for her was working with the zoo’s insect department to identify the size and shape of the tube through which the cricket could crawl. “We printed three tubes with three different diameters and took that to the zoo,” she said. “We put it into an enclosure with a bunch of crickets and just saw what happened.”

There was some back-and-forth once the first CAD model was designed. COVID-19 slowed down the process since both the zoo and GE were partially closed, but GE will deliver two more working devices as well as an additional device for educational purposes, which will remove part of the exterior so visitors can see inside the additively manufactured tree trunk.

The feeder was printed using electron-beam technology, a process of additive manufacturing that uses a high-power electron beam to generate energy for a high melting capacity. GE and the zoo selected titanium due to its non-corrosive and non-impactive nature. The design had to be heavy enough to prevent an animal from tipping it over, but it also had to be light enough for a keeper to easily pick up and move. 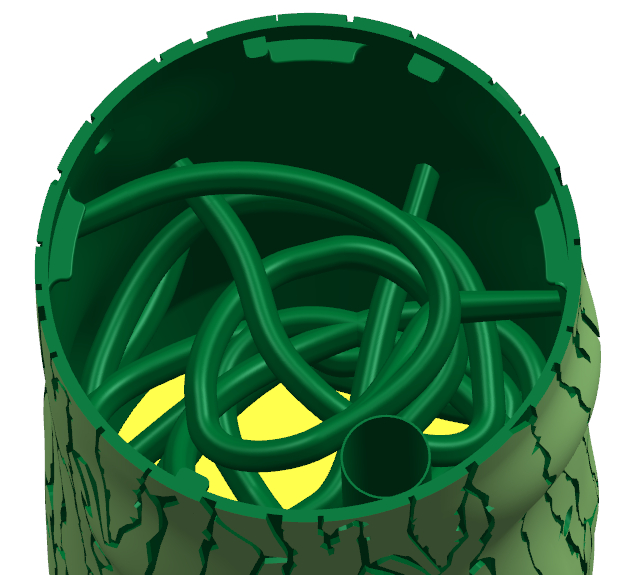 The outside structure resembling tree bark was designed and extruded in GE’s 3D CAD package to create a texture similar to wood. The device has been placed inside the zoo’s aviary, meerkat and night hunter habitats.

Both Jagodinski and Orban acknowledge there is a wide use for additive manufacturing just in the zoo setting alone.

A lot of ideas were for different types of feeders for different animals, said Jagodinski, some options were interactive puzzles and hives, and some were even outside animal enrichment. Additive technology could be leveraged in many different ways in the zoo setting, including in parts replacement, filtration, construction, signage, and interactive tools and props for zoo visitors.

Orban said the feeder said the collaboration was a resounding success, even considering the crickets’ reluctance to exit the feeder on hot, sunny days. That scenario allows animals to feed at night—a time that keepers are not even in the zoo.

“One of our primary goals was to extend foraging time,” he said. “Part of that time is the investigation—you have to find your food. It has been successful. We’ve seen that in all the species we’ve tested with.”