Understanding the different lidar (light detection and ranging) concepts is important when designing lidar subsystems for the auto and truck industry. They are similar to radars but use lasers rather than electromagnetic waves in the RF range to bounce off targets. There are two primary approaches to lidar: solid-state devices and hybrid spinning versions.

The term “solid-state lidar” encompass any non-spinning device. For example, one solid-state method uses a phased array to steer the laser beam across the horizon. This method uses no moving parts. Another method, flash lidar, doesn’t use a moving laser beam to scan the surroundings. It illuminates the entire scene in a single laser flash and then detects returned light with a two-dimensional array of sensors similar to the CCDs used in digital cameras. Another solid-state method relies on a tiny mirror to steer the laser beam.

With few moving parts, each of these solid-state methods provide a potentially inexpensive way to build lidars. All the electronics are on one chip, including the laser, beam-steering circuitry, detector for returning signal, and supporting computer power.

This sounds great, but having a single chip isn’t always the best choice. There are factors that affect operation and lifecycle of solid-state units, including environmental concerns such as heat, cold, humidity, rain, and corrosive substances. Consumer concerns would include replacement costs if the chip fails. Cost also influences manufacturers that might want to offer lower-cost options in which individual components could be replaced instead replacing the entire assembly.

More importantly, solid-state lidars provide a single, fixed-in-place field of view of often 120 deg. or less. It would take at minimum three units depending on the accuracies available for each device. Further, according to safety rules, lasers must have outputs low enough that if a person looked into the device for a specified number of seconds, the laser would not damage their eyes.

A long-range spinning hybrid lidar (top) will detect objects far enough away that there’s enough room for an autonomous car to come to a slow, controlled stop. Note the differences in stopping distance in these illustrations. The lower-power non-spinning lidar won’t detect the obstacle until there is less stopping room, so a much quicker stop is needed to prevent a collision. But even if there is no collision, quick stops risk injuring the passengers.

The major advantage of lidars with a spinning laser beam for auto companies is that they can easily scan a full 360 deg. It also eliminates blind spots that might be caused by gaps or overlaps in coverage, a problem inherent in solid-state designs. This field of view in hybrid lidars are seamless and repeatable.

Further, to adhere to safety rules regarding lasers, moving laser sources are permitted to emit at higher power levels than stationary ones. Higher laser outputs translates into much longer detection ranges. This is important in that it means quick stops for objects in the road are less likely. The shorter the stop, the greater the possibility for injuries, even though the tire-screeching stop might have prevented an accident.

Early hybrid lidars were highly mechanical, big, and bulky. Many people still picture large spinning towers mounted on the tops of cars, such as those early prototypes of autonomous vehicles, when they think of lidar. However, solid-state lidars have led to smaller, lighter versions. That trend will continue as engineers design ever smaller and lighter lidars for vehicles. This makes mounting them easier, saves space, and likely uses less power. The reduced weight and lessened power requirements would also give vehicles—especially all-electric vehicles—longer ranges.

Hybrid lidars can be made smaller another way: by equipping them with brushless DC (BLDC) motors. These motors come in various sizes and shapes. Engineers are familiar with NEMA size standards such as NEMA 17 or 23. Often BLDC motors are readily available and can provide a great off-the-shelf fit. This approach relinquishes the possibility of creating something that is smaller, though, since it’s more of a one-size-fits-all approach, especially while trying to minimize the size of the overall sensor. 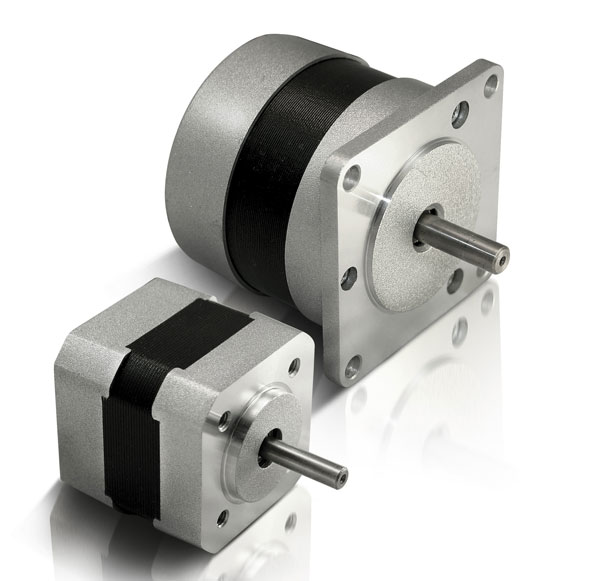 One pathway to smaller, lighter BLDC motors is to eliminate unnecessary components. When it comes to motors, BLDC versions lend themselves to this process. For example, most of off-the-shelf BLDC motors are structurally and mechanically self-supporting with the rotor suspended inside the stator from end caps at both ends. But if the end caps are eliminated, the motor can still be connected in what is called a frameless motor.

Frameless motors eliminate more than just the endcaps. They also do not need any mounting supports, plates, or brackets. All structural and mechanical supports needed can be part of the lidar. In such a design, the stator and rotor can be seamlessly accommodated, reducing size without sacrificing performance. 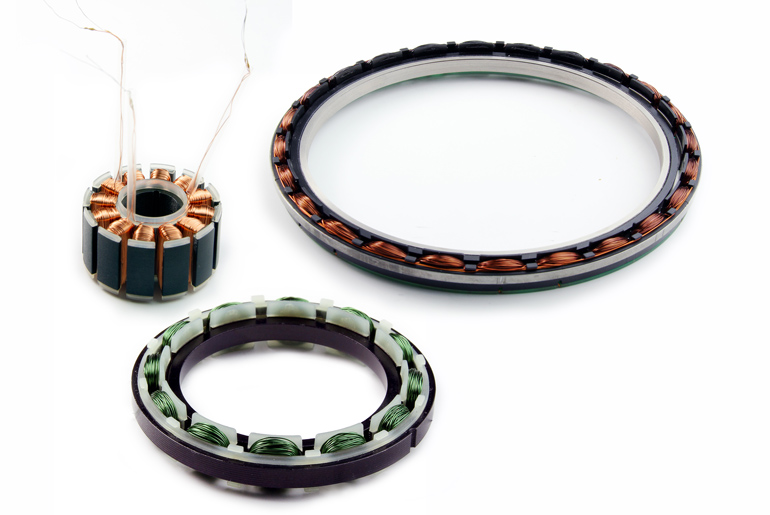 Aerodynamics and visual styling also play major roles in vehicle design. For automotive engineers and designers, it is much easier to incorporate a wider and flatter shape on the exterior of a car or truck than a tall, narrow shape. Frameless BLDC motors lend themselves to slim profiles, making them a good fit for a streamlined vehicle. So, a frameless motor can have a large diameter to offset the lower height and still get the same performance of a taller BLDC motor. The laser transmitter and receiver, which will be spinning, can be mounted inside the rotor with some of their components down inside the motor’s stator. Both of these options reduce the lidar’s height for a more aerodynamic shape.

The additional benefit of going with a frameless design is that standard-sized motors are no longer a constraint. This means designers have greater opportunities to explore various motor shapes and sizes. For example, the motor can be designed to fit the application rather than forcing the application to fit the motor. This gives engineers the freedom and flexibility to design lidars with the smallest possible footprints.

Another plus is the lidar’s solid-state sensors are light, so the motors don’t have as much mass to spin and the motor’s torque requirements are reduced. All of this means a smaller motor is needed to do the job.

Getting the Best Performance

The primary objective of the lidar motor is to reliably spin at a constant speed. BLDC motors can be designed to spin at a narrow range of rpms. While off-the-shelf motors usually must have a wide performance range, custom and semi-custom motors can be fine-tuned with narrower ranges of torque and speed. This means the motor’s windings can be optimized for those performance parameters.

With optimized windings, the stator’s size can be reduced. This means resonances (unwanted vibrations) at the target speed can be reduced or eliminated. Power consumption and other motor parameters can also be improved without sacrificing performance.

Hybrid spinning lidars let autonomous robots and vehicles “see” 360 deg. This makes them critical for passenger and pedestrian safety. There is not much margin for error, especially when it comes to fully autonomous vehicles. Lidar failures in moving vehicles essentially renders them blind. And when it comes to hybrid solid-state lidars, the BLDC motor can become a potential failure point. Therefore, it is important to take every precaution to minimize such risks. Designers can do this by ensuring the quality of the motor.

The best size and performance for your chosen motor starts with the design. Numerous factors affect motor performance, including the stator, the airgap between the stator and the rotor, the gauge and fill rate of the magnet wire, and the proper rotor magnetization. These issues, and more, can only be mastered with years of experience.