Electric vehicles have been around since the mid-19th century and were quite popular until cheap gasoline from Texas oil fields changed the dynamic. Those early EVs had serious issues with energy density and powertrain efficiency, yet an electric vehicle held the land speed record until the turn of the last century. The greatest safety issue with those first-generation vehicular battery systems mostly revolved around shipping and the storage of acids in the electrolyte (Fig. 1).

1. Early battery systems suffered from low energy density and the caustic materials that were used.

A modern EV battery pack has a significantly higher power density and capacity than those antique systems, and the safety issues and processes needed to address them have migrated to more advanced core technologies. Managing the high currents involved in today’s EVs has become a major safety issue, as a mismanaged short-circuit event can become a catastrophic failure situation.

The same demands for efficiency and energy density apply to an EV’s power electronics, which also require extremely high levels of safety and functionality. Only by having both advanced battery systems and power-management electronics can today’s EVs address the needs for range, performance, and safety. The migration to advanced materials like wide-bandgap semiconductors in power systems is a double-edged sword, increasing both performance as well as the need for safe operation.

The demand for improved energy storage has been steadily growing in almost every market sector. From devices as small as medical wearables to systems as large as the power grid, today’s solutions require high-density batteries.

These applications need a variety of methods to safely and reliably operate, as the power levels leave no room for error. From grid peak-shaving and other load-shifting methodologies in the power grid, to the fast-charging electronics serving the EVs attached to it, ensuring the safety of the batteries involved is critical (Fig. 2). 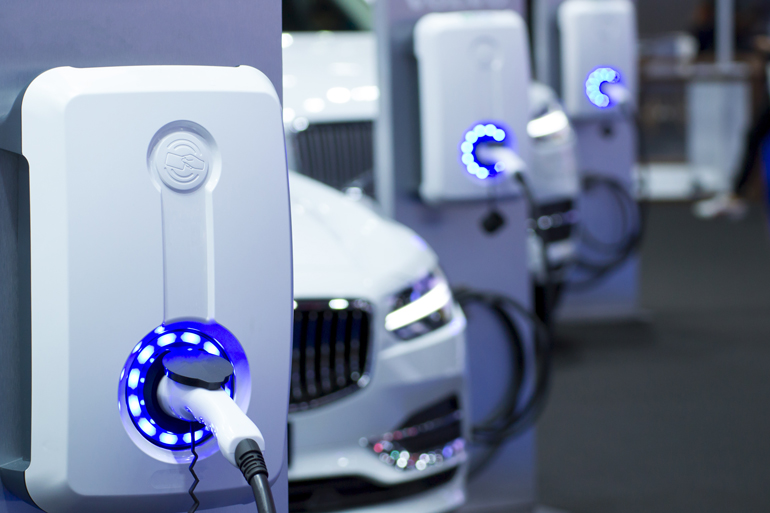 To ensure these high-density power-management systems are safe over a vehicle’s operational lifetime, it’s critical to integrate robust, high-performance protection components into their designs. Fuses or similar devices are required circuit-protection components, protecting the car from short-circuit conditions by breaking the power link under very specific conditions. Many of these myriad types of fuses share a primary aspect, a piece of engineered conductor.

This tailored link, usually metal, is rated to break the connection by melting (or vaporizing) in a controlled manner. This usually happens under the higher temperature conditions created by a short circuit, ensuring the safety of the system by completely cutting it off from the power source. A few drawbacks exist, though, among them being that a circuit under load will not always exhibit a regular and smooth flow of current.

For example, in designs that experience high-power pulses, the wide current variation that results means using a higher-value fuse to avoid nuisance tripping. The problem is that this solution leaves the circuit more exposed to overheating and thermal failure. In addition, the disposable aspect of fuses has led to more use of advanced safety devices like circuit breakers, which are resettable and don’t have parts that burn out.

Contactors are electromechanical protection devices that, while similar to circuit breakers, differ in that they don’t stop a short. Rather, they act as high-performance switching devices that connect directly to high-current loads. Operated by an external control, power contactors serve demanding circuit-resetting tasks where high current levels are present. Similar in operation to relays, contactors also offer features to control and suppress the arcs created when switching.

High-voltage contactors ensure safety and circuit continuity in hybrid- and electric-vehicle power storage, battery chargers, and high-power industrial systems, quickly and securely connecting and disconnecting power while managing arcing and inrush issues. One example is in EVs, where normally open contactors manage the connection between the battery pack and the system, automatically disconnecting when the car isn’t being used.

Other circuit-protection solutions exist that can open a circuit faster than a fuse and are more resistant to nuisance tripping. This and other advanced features ensure a lower risk of damage than thermal fuses. An example of such a solution can be found in the GigaFuse developed by GIGAVAC, a Sensata Technologies brand (Fig. 3). 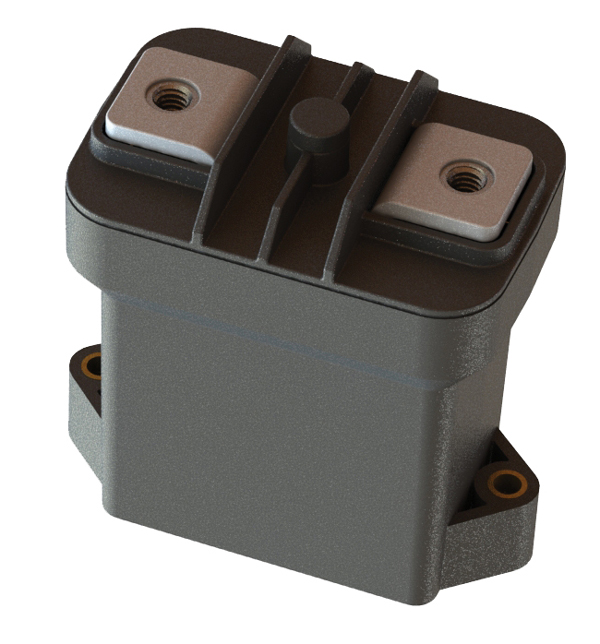 3. Targeted at EVs, the Sensata GigaFuse is a fast-acting electromechanical device with low heat generation.

The hermetically sealed, fast-acting electromechanical device has low heat generation and trips at an exact current. Features include highly reduced resistance, no thermal aging, and increased system efficiency. Provided in both passive and passive-active variations, the devices use the current flow’s magnetic field (Lorentz force) to trigger the device. Figure 4 shows how it operates, with the blue line in the chart showing the triggering threshold. 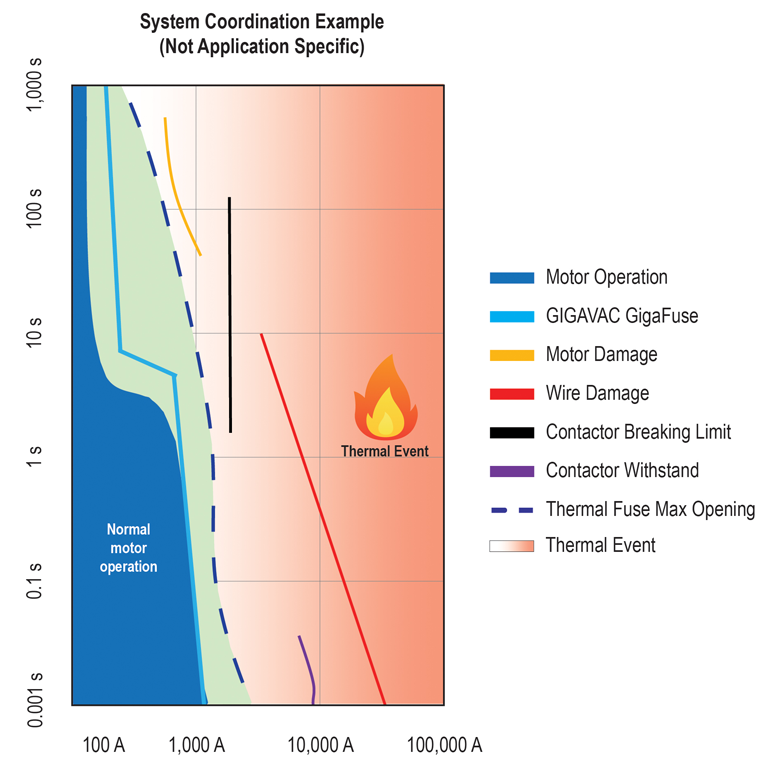 4. This diagram demonstrates the operation of circuit-protection solutions like the GigaFuse. The blue line indicates the triggering threshold, showing that the device can open the circuit faster than a fuse and closer to the desired operating conditions.

This chart shows the device can open the circuit faster and closer to the desired operating conditions than a fuse. Available in a continuous range of ratings from 200 to 500 A, the path of its triggering threshold is also adjustable. Generating little heat in operation, it’s immune from both thermal aging and nuisance tripping caused by hot and cool operational cycles, which over time, causes brittleness of the conductor.

Extending the system’s operational life by ensuring the physical and operational integrity of the connection, the fuse has fast and consistent clear times regardless of ambient temperatures. This is increasingly important in high-powered EVs, where any addition to the thermal impact of the drivetrain electronics can affect the performance of other thermally sensitive subsystems.

Fast operation also improves contactor performance. A contactor can levitate during operation, dissipating energy that should be available to trigger the fuse, and instead, loading the current on the contactor. This can prevent the fuse from “seeing” the short and potentially lead to catastrophic failure. Looking at a situation with a 500-A contactor and 500-A fuse, such a configuration would take a second or two at 1,000 A to trip, whereas a fast-tripping solution can be set at 1,000 A, for example, and trip within 3 ms.

In the case of thermal fuses, there’s an area of operation where current levels may overwhelm the contactor, foiling its ability to interrupt the load by blocking it from reaching the thermal point for a fuse to trigger. This risk is eliminated with products that offer a very low contact resistance of less than 0.15 mΩ, which also leads to less power loss and increased system efficiency.

Precise and rapidly tripping protection devices address circuit safety in high-power systems, but their benefits aren’t restricted to just serving advanced batteries. A myriad variety of applications, including industrial robotics and alternate energy systems, can benefit from such a solution’s efficiency, thermal features, and operational speed. These fast-acting, hermetically sealed electromechanical devices are well-suited for applications where thermal aging or nuisance tripping are problematic.

Markus Beck is a Business Development Director at Sensata Technologies.