DragonSpeed Safety on Display at Sebring

DragonSpeed will be heading to Firestone Grand Prix at St. Petersburg, Fla., in March, so they were here at the Sebring International Raceway to check out the new Advanced Frontal Protection (AFP) cockpit protection system now built into all 2020 NTT IndyCar Series vehicles (Fig. 1). The system was developed by Red Bull Advanced Technologies. It’s designed to protect the driver from debris and other objects striking the cockpit area. The polycarbonate laminated ballistic windscreen is anchored by a titanium framework.

“Since the first prototypes were developed and demonstrated in 2016, the potential of Aeroscreen to improve the safety for drivers in the event of frontal impacts in the cockpit area of cars has been clear,” said Christian Horner, Red Bull Advanced Technologies CEO and Red Bull Racing team principal. “This new partnership with IndyCar gives us at Red Bull Advanced Technologies the go-ahead to fully explore that potential, and to deliver a protection system that will help prevent serious injuries and potentially save lives in the U.S.’s premier single-seater series. Over the coming months, we’ll be working closely with IndyCar and its drivers to refine and perfect Aeroscreen, and we’re looking forward to seeing the results race in 2020.”

The windscreen also has an anti-reflective coating on the inside along with an anti-fogging device that includes an integral heating element. DragonSpeed has plastic tear-offs on either side that can be easily stripped off during a race to provide a clear view to the driver when the top sheet becomes pitted or obscured due to dirt and grime from the track.

The titanium framework is connected at three points: the chassis centerline, two-rear side mounts, and roll hoop integration. The configuration provides improved load-bearing capabilities up to 150 kilonewtons (kN) that’s on par with the FIA load for the Formula One Halo design. The centerline component is a 3-in. titanium device manufactured by Dallara.

Safety is a big part of IndyCar racing. The Suspension Wheel/Wing Energy Management System (SWEMS), which has been around since 1999, is designed to minimize the possibility of parts becoming detached during high-speed accidents (Fig. 2). This is done by using special restraints made from high-tensile Zylon material and wound construction. There are two parts in each cable that can handle a break load of 100 kN. The cables are color-coded and checked before each race. 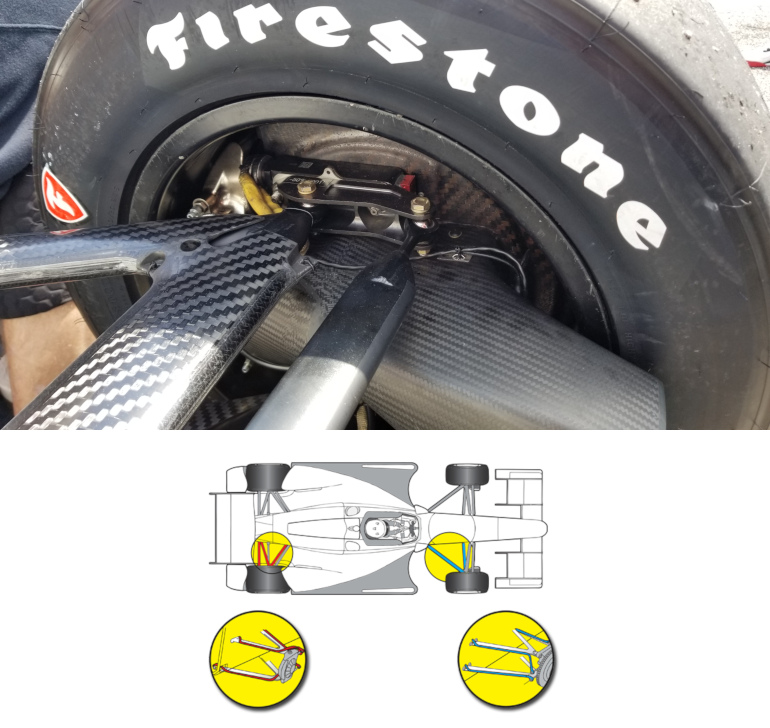 2. The Suspension Wheel/Wing Energy Management System (SWEMS) uses special cables to keep components from flying away from a car when an accident occurs. The yellow cable inside the tire is connected to the frame of the car.

“We have several on each wheel and two on each wing, so a single failure does not mean it is detrimental to the retention system,” said Jeff Horton, IndyCar Director of Engineering.

There are a host of other safety features from seatbelts to helmets, but I wanted to mention the fueling system. There’s a scene in the latest Ford vs. Ferrari movie where gasoline is spilled while fueling the car. At that time, the fuel was in a jug. Not anymore. The IndyCar fueling system has more interlocks than you might think, including various feedback mechanisms such as a spring-loaded, dead-man lever (Fig. 3). 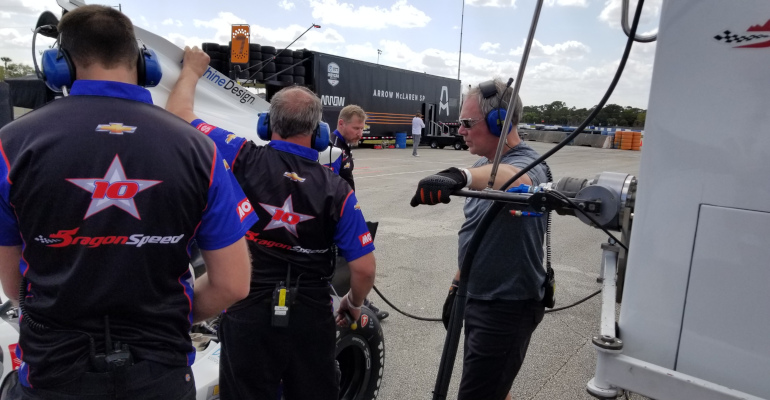 3. Gasoline only flows to the car when someone pulls down the handle. This is just one of the interlocks to prevent accidental spills that could result in a fire.

There’s also a sensor in the intake on the car (Fig. 4). This limits the shift mechanism to prevent the driver from shifting out of neutral if the fuel hose hasn’t been removed. Typically, a crew member will also have a fire extinguisher handy and will blast the area to make sure any spilled fuel will not ignite while the driver speeds off. 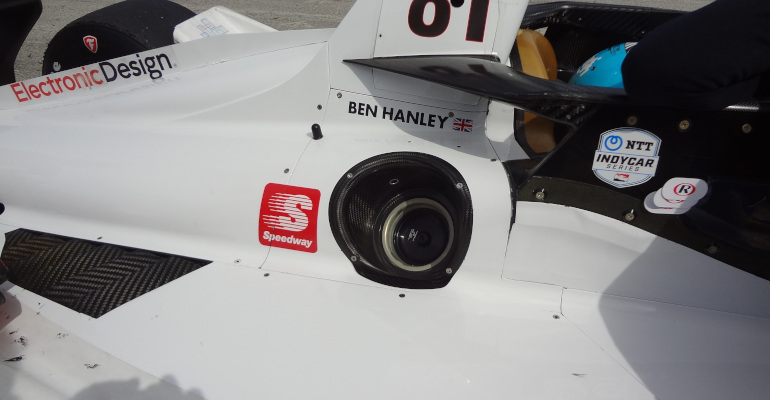 4. The fuel point on the car looks big, but there’s also a small sensor inside on the top left that detects when everything is properly seated.

Initially, car #81 was driven by Ben Henley for a number of short runs so that tweaks could be made (Fig. 5). Teammate James Allen also took the car for a spin around Sebring International Raceway. 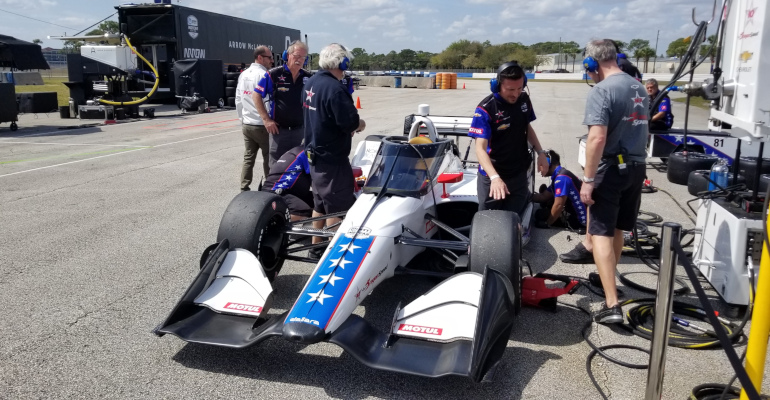 5. DragonSpeed did a lot of tweaking on car #81. We will see how they do at St. Petersburg.

We’re looking forward to a good showing at St. Petersburg.