Today, fans in the stands for races from NASCAR to Formula E varies from none to a fraction of the crowds that are usually drawn to see cars and drivers trying to best the competition. As for the races themselves, though there are less of them, they should be just as fast and exciting as before.

Changes in these competitions are incremental, but they highlight safety and performance improvements. Here, we’ll take a look at IndyCar, since we’re a sponsor of DragonSpeed team and were able to get an inside look, as well as peek into Formula E courtesy of Envision Virgin Racing. The cars look similar with many common safety features. However, the underlying motive technology is radically different.

Most of the racing events specify a good bit of commonality to keep the competition tight. The chassis, tires, and engine of an IndyCar are standard; teams are only allowed to make limited modifications to specific parts of the systems. Often the components come from third parties, which supply all of the teams with essentially identical components.

For example, teams lease engines from Chevrolet and Honda. The 2022 configuration is a 2.4-liter, twin-turbocharged V-6 engine that’s projected to generate over 900 horsepower or more than a 10% improvement compared to the current 2.2-liter platform. The engines run at a maximum of 12,000 RPM. The suppliers provide an engineer that oversees each engine, keeping track of its operation to the point of removing the engine control unit (ECU), which means the engine can only be run when the engineer is present. An engine will be replaced if it doesn’t meet the specifications.

For Formula E, there’s a similar consistency. However, a standard battery system is used as well as a specification on how much power can be expended during the race. More on that later. Formula E teams do have more leeway on the motor that they supply, although there are regulations here as well. At one point, a team utilized a pair of motors, which is no longer allowed.

Most race cars have a host of sensors available to the driver. These days, the information is provided wirelessly to the pit crew, which may not be physically located in the pit area. The number and placement of sensors is often arbitrary during testing, but there are typically limitations during practice and the race. For example, the rotation speed of the tires in Formula E isn’t allowed, although it’s possible to estimate this by the speed of the engine. Obtaining tire speed using markings on the tire plus an external camera isn’t allowed either.

A digital twin for a car has moved from the crew chief’s head into a shared model for the pit crew and team to analyze and provide the driver with insight into the car’s capability and performance. Most people viewing a race will never see most of the team other than the pit crew changing tires, but the team makes a big difference in how well a driver and car will perform.

All of these regulations are designed to make the skill of the drivers and crew more important to winning versus building a faster car.

Safety and Optimizing an IndyCar

IndyCars already have already been equipped with a Suspension Wheel/Wing Energy Management System (SWEMS). It consists of multiple cables connected to keep objects attached to the frame should an accident occur. In addition, multiple interlocks incorporated on the fueling systems help prevent accidental spills.

One standard piece of equipment recently added to IndyCars is a windshield and titanium frame that protects the driver in case of an accident. Driver Justin Wilson died in 2015 when he was struck by a piece of equipment from a wreck that occurred in front of him. The cockpit is now almost completely enclosed with Red Bull Advanced Technologies’ Aeroscreen to protect from debris (Fig. 1).

One place where teams can customize their car is the suspension system. These mechanical tweaks are usually refined during pre-race practice and time trials. Vent changes can also be made regularly, based on temperature info provided wirelessly to the pit crew. Changes can be made during the race, but these tend to be as minimal as possible for obvious reasons.

IndyCar races have pit stops for changing tires and adding ethanol to the tank. The aforementioned tweaks can be done, too, but normally a stop is as fast as possible. The pit crew may even peel off a layer of the windshield that’s covered by multiple plastic layers should the top layer become pitted.

Formula E races run for 45 minutes using a battery pack with a fixed amount of energy (Fig. 2). The Gen2 Formula E cars will have a 54-kWh battery that’s contained in a carbon fiber case. It’s crash tested and has a safety check that provides a red/green status indication. A red error condition indicates that the driver needs to hop out of the vehicle without touching the car and ground at the same time. An overheated battery is one type of error condition. 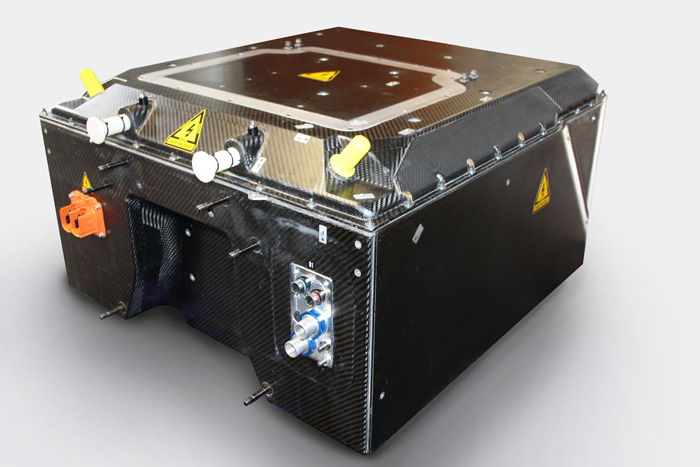 2. Formula E cars use the same battery pack. Battery-management and regenerative-braking support can be key to a team’s success.

The battery capacity is insufficient to run the engines at full race power for the duration of the race, something drivers must keep in mind even with regenerative braking. More than one car has been unable to complete a race due to insufficient power. Regenerative braking is performed using paddles on the steering wheel. Such braking is done via the rear wheels driven by the motor.

Drivers typically try to exit corners as quickly as possible. The driver will get a beep in their headset from the car to indicate that they should lift off the throttle.

Teams provide their own motor and inverters. The battery-management system is part of the battery pack, so teams can’t modify it. They can tweak the suspension like IndyCars.

The Formula E Gen1 race was done using a pair of cars with a single pit stop to switch cars. The latest version Gen2 has no pit stops; however, there could be one in the future if fast charging becomes an option. Tires have less of an effect on the race results compared to other races, due to the length and speed of the races.

Teams get a minimal amount of practice time on a new track to limit the amount of analysis and simulation that teams can perform. Of course, that results in lots of late nights to analyze and incorporate sensor information from practice runs.

If you haven’t watched a race, then you may not know about the differences that go beyond what the cars look like. For instance, take street courses versus speedways. The former contains many tight turns and narrow roads. Passing is difficult and overall speeds are typically lower than other races. Speedways usually involve oval tracks that are wider and often banked, allowing for overall higher speeds.

How races are won is yet another matter. Races can be a fixed number of laps and the winner crosses the finish line first after completing the set number of laps. There are other ways to run a race, though. Endurance races like “24 Hours of Le Mans” or “12 Hours of Sebring” have teams trying to rack up the most laps in a set time. The “24 Hours of LeMons” takes this approach as well, but the price of the cars can’t exceed US$500. Longer races usually employ multiple drivers that trade off during pit stops.

Competitions have tried to make things more interesting by essentially providing a turbo or high-performance mode that the drivers can exploit. This is normally a limited option that can be implemented in numerous ways. Formula 1 adds an overtake button, while IndyCar calls theirs “push-to-pass.” This provides a power boost for a fixed time period, which is essentially an extra 40 horsepower for 10 seconds. Information about when a driver uses the feature is made available at the timing stand, but teams must use their pit-to-car radio to notify the driver.

Formula E’s attack mode provides a 35-kW boost; however, it’s enabled by driving through a specific area (Fig. 3). The area is marked, making it easy for drivers and spectators to identify it. Driving through the area also takes longer to offset the advantage. The additional energy is available for four minutes from the time the car exits the area. 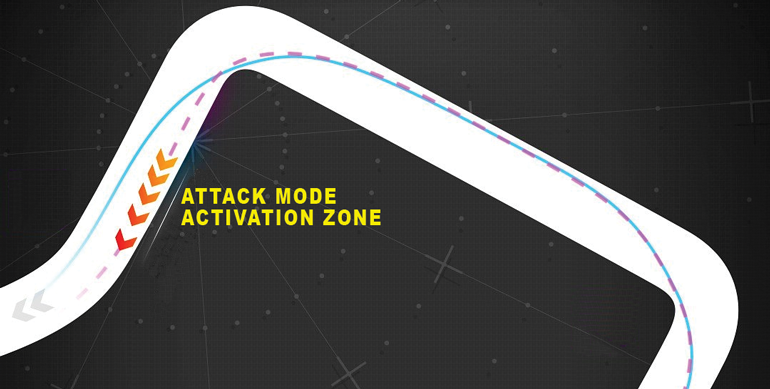 3. Formula E attack mode requires the car to move through a designated area that normally forces the driver to slow down or cover more ground to offset the later advantage.

Using the high-performance mode makes for interesting tradeoffs—it can be initiated to stay ahead of someone else who has activated the mode or to pass those who haven’t activated it. The high-performance mode usually has limitations like the duration or number of uses. The teams are often required to use this feature, although the advantage is one that they would typically want to use more.

The different race types, limitations, requirements, and winning methodologies impact how the car is driven and how the teams work together with their driver. Power utilization, tire wear, and other factors come into play as teams push the envelope. The details are often lost to casual observers. For example, Formula E cars have a limited amount of energy for the entire race and the engine efficiency changes based on speed. Run too fast and you run out of energy before the race is completed.

All of these differences are why drivers tend not to move between difference race platforms. There’s a commonality between the cars due to physics, but the subtleties can make a big difference in how well a driver may perform. It takes time to learn a new environment and gain the muscle memory to quickly adapt to the changing race conditions.