As the adoption of silicon-carbide (SiC) materials for automotive applications accelerates, the leading power electronics players are in the middle of a very public fight over access to wafers.

The struggle for SiC preeminence is taking place because SiC semiconductors set new standards for switching speed, heat loss, and size (Fig. 1). SiC has 10X the breakdown field strength and 3X the thermal conductivity of silicon, which means it can operate at higher temperatures—up to 200°C. These characteristics, in turn, translate into fewer components for use in high-voltage electronics, as well as reduced complexity and cost.

Users and potential users are finding a constrained global capacity for silicon carbide. One of the stumbling blocks is production complexity; making SiC wafers is a far more involved process than making silicon wafers. With demand for SiC devices rising, companies that use them have to cement relationships with sources. Fortunately, the number of players in the global SiC power devices game has increased dramatically.

Joining Cree, Infineon, Littlefuse, Rohm, and STMicroelectronics in production last year were Microchip and ON Semiconductor. Microchip started volume production of a family of SiC devices with 700-V MOSFETs and 700- and 1200-V Schottky barrier diodes (SBDs). And ON Semiconductor introduced hybrid co-packages consisting of a silicon-based IGBT with a SiC SBD.

ON Semi will be sourcing SiC wafers from Cree’s Wolfspeed subsidiary, having inked a multi-year agreement worth over $85 million. Cree is also investing $1 billion to expand manufacturing capacity at its Durham, N.C. headquarters, as well building the world’s largest SiC device manufacturing facility in upstate New York.

SiC is a key strategic part of STMicroelectronics’s business, and as such, the company has been strengthening its supply chain. ST recently signed a multi-year agreement with SiC wafer maker SiCrystal AG of Erlangen, Germany, which is to supply more than $120 million worth of 150-mm wafers.  SiCrystal’s parent company is the Japanese power semiconductor manufacturer Rohm.

As further evidence of ST’s aggressive movement into SiC consider: 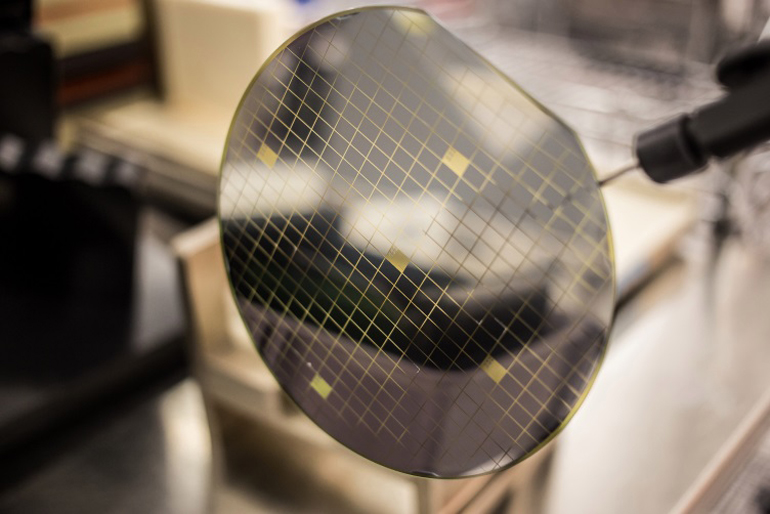 2. The STMicroelectronics/Cree agreement calls for the supply of a quarter billion dollars worth of Cree’s 150-mm SiC bare and epitaxial wafers. (Source: Cree)

STMicroelectronics president and CEO Jean-Marc Chery has described the demand ramp-up for silicon carbide power devices in this way: “The market for power semiconductors in electric cars will reach over $3 billion in 2025 and $10 billion in the next decade.” ST, he said, intends to dominate this with silicon carbide. “[We] definitely want to be the leader in high-voltage devices.”

With competition now waist-deep in a market growing at a CAGR of 25.44% (source: ResearchandMarkets.com), if you’re going to wade in, you’d better be prepared to make a splash. Bosch Semiconductors, for example, recently announced that it will be making SiC power semiconductors for automotive applications at its wafer fab in Reutlingen, Germany. “Siliconcarbide semiconductors bring more power to electric motors. For motorists, this means a 6% increase in range,” stated Harald Kroeger, member of the Bosch board of management.

Cree and the automotive supplier ZF Friedrichshafen have agreed on a strategic partnership for the use of SiC-based power inverters in next-generation electric vehicles. ZF said it has already received orders for SiC-based electric drives from several leading global automakers. Through this partnership, ZF expects to make SiC electric drivelines available to the market by 2022.

In December, Dana showcased an efficient silicon-carbide inverter that it developed for e-racing. The SiC technology facilitates higher system voltage and enhances overall system efficiency. Dana’s TM4 SiC inverter has the capacity to support up to 900 V for race cars and over 800 V for passenger cars (Fig. 3). With the capability to increase the switching frequency when compared with traditional inverter technology, the quality of the output current can be improved, the company reports, and a higher electrical frequency output current can be controlled. This adds needed flexibility to the motor design. 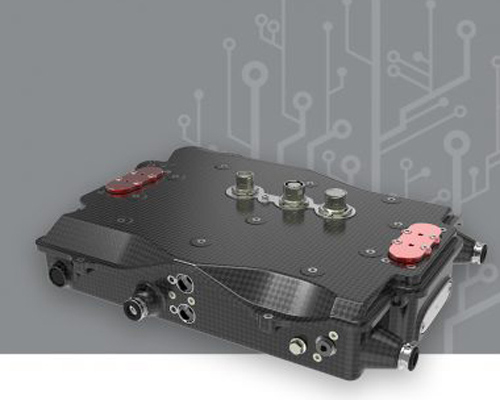 The inverter, with SiC embedded, can deliver equivalent or greater power in a smaller package while also minimizing energy losses during power conversion. It’s said to achieve 195 kW per liter, which is almost double the 2025 U.S. Department of Energy target of 100 kW per liter (source: US DoE Electrical and Electronics Technical Team Roadmap).