Until about 10 years ago, the force test and measurement industry had been fairly unimaginative. It had developed a standard way of building analog load cells, torque transducers and other devices, and it worked for many years. However, as most of the rest of the technological world advanced and big data changed the way engineers and manufacturers work, this age-old force measurement analog technology stood out with no way to improve data collection or make it more efficient.

The digital revolution has pushed load cell manufacturers to look around and think about how customers develop products and how factories and production lines operate. Here are some of the trends force-measurement companies must get in line with or risk disappearing.

The advent of multi-axis sensors came about because of the demand for more data. Big data and the many benefits of quality data and insights have made original equipment manufacturers realize that collecting more information during design and test phases of development can lead to higher quality products made more efficiently and at lower costs.

Multi-axis sensors measure a several forces and moments simultaneously with a single load cell sensor. They are equipped with several bridges that precisely measure the applied force from one direction with minimal crosstalk from a handful of other axes. They are available as three- or six-axis devices and axial torsion load cells. These devices measure forces simultaneously in three mutually perpendicular axes, with six-axis load cells also measuring torque around those axes. In addition, many force measurement manufacturers offer several data acquisition and amplifier systems, which make graphing, logging and displaying data easy enough for anyone, experienced or not.

One of the most significant benefits of multi-axis sensors is that they can improve designs and cut costs while calling attention to previously unnoticed flaws in product development. For example, in the past, chair designs were prototyped and tested so manufacturers could meet specific furniture strength and safety standards. Most of these tests included stress testing for continuous use; it would measure cycles of humans of various weights repeatedly sitting then standing up for hours.

Older load cell sensors measure force over time in one direction, but that wouldn’t tell the whole story. In fact, if a test cycle failed despite everything being normal, it may have been due to a load on an axis that wasn’t monitored, such as a bending force. With multi-axis sensors, labs and engineers can account for and measure previously unidentified loads.

With multi-axis load sensors, the testing facilities and furniture makers see more, higher quality data than ever before. This helps speed design and test processes and quickly identify flaws in construction. It also helps eliminate overdesign issues. With multi-axis sensors, OEMs can make lighter, stronger chairs with less material because they have more data on the overall construction and forces applied to the chair. Eliminating unnecessary materials drives costs down and further speeds development.

Multi-axis load cells are well suited for several industries, including aerospace, robotics, automotive and healthcare (orthopedics and biomechanical). For example, multi-axis sensors can be helpful when refining prosthetic designs. Automotive  engineers use them in wind tunnels, and the military uses them to determine an aircraft of spacecraft’s center of gravity. 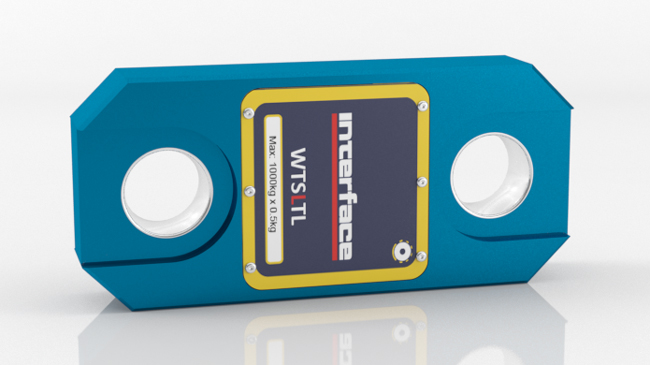 WTSTL Wireless Tension Link Load Cell Stainless Steel from Interface can transmit wirelessly up to 600 meters (clear line of sight) to a handheld display or USB base station. It is available in capacities ranging from 11K lbf to 220K lbf (5 to 100 metric tons).

Digitizing force sensors is another trend that has changed how OEMs collect and measure data. Many have strongly invested in more advanced digital electronics to efficiently more (digital) data.

For example, measuring the force and loads on an airplane once took hundreds of load cells installed along the fuselage. Today, each load cell does not need a dedicated wire carrying its signals back to the receiver. Instead, the load cells are tied not one cable that carried data to the receiver, saving time and money.

Another major innovation being supported by digitized force measurement is IoT (or Industry 4.0). The goal of these programs is to create networks on which equipment, machines and computers share data and insights to make autonomous decisions. IoT/Industry 4.0 is arguably the dominant trend in force measurement, not to mention the entire manufacturing and engineering industry.

Harnessing big (digital) data will let organizations remotely monitor assets and, through Industry 4.0 and IoT, open the door to holistic value-chain analytics, according to the consulting firm BearingPoint. OEMs will improve production and reduce downtime. IoT makes automation easier and more important with machines making split-second decisions based on real-time data. Industry 4.0 gives us not just smart factories, but also collects data to facilitate decision making in management and engineering.

With network-connected force measurement, OEMs will have more control over testing and product development. Equipment will have load cells and torque transducers to track performance and reliability, letting OEMs more accurately predict when machines need maintenance. And if something does go wrong on the assembly line, data collected from the machinery will reveal where the failure occurred. All of this means production become more efficient with far less downtime, saving time for engineers and money for manufacturers. 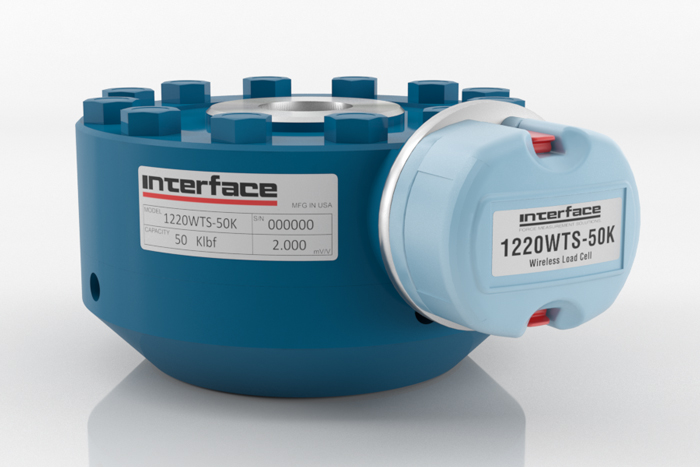 Wireless data collection is increasingly being used for force measurements. For example, the aerospace industry uses Wi-Fi-enabled load cells sensors to measure the jacking forces that keep an aircraft level during servicing. In these situations, more than 20 jacks hold the aircraft in position. It is a hassle to have miles of wires connecting load cells on each jack to data collection devices and computers. All those devices are more exposed to  failure and damage risks during tests when wires are involved.

To solve these challenges, force measurement providers offer Bluetooth and Wi-Fi connected load cells and torque transducers. These sensors reduce the dependency on wires and make it simpler to connect the data and results to several machines through an IoT network.

Another benefit of wireless technologies is that it gives test engineers more flexibility in how they conduct force and torque testing. With wireless sensors, tests can be conducted from practically anywhere in the field and the data viewed in real-time on a mobile device. The data can also be easily transmitted back to a lab or production facility for further review.

Wi-Fi and Bluetooth can build connected networks and reduce the need for wires, while making test-and-measurement environments more flexible. Manufacturing and distribution facilities can grow unencumbered because facility managers don’t need to connect all the equipment with wires when adding plant space. Wireless communication is critical for Industry 4.0.

The trend toward making components smaller and smaller has been pervasive for quite a few years across all industries. You see it in cellphones, automobiles and even airplanes. Consumers want more technology and capabilities packed into a device that is the same size or smaller. Every hardware OEM is trying to reduce size, weight and power (SWaP) in one way or another.

A significant number of OEMs want even smaller force sensors they can permanently install in the products they sell. This would let them collect force and torque data on products going through real-world use. At the same time, manufacturers install sensors on their products to determine durability and schedule maintenance. Smaller, wireless sensors are easier and less expensive to install. As more industrial networks are created to share higher-quality data, more and more sensors will be added to these machines.

Innovation in force sensors to meet the needs of an evolving engineering and manufacturing industry is inevitable. Multi-axis sensors, digitization, wireless connections and miniaturization are the technologies we’re focused on now and for the near future. OEMs that need force measurement products and services need experienced and knowledgeable suppliers to keep up with the changes.

Keith Skidmore is a regional sales director at Interface.